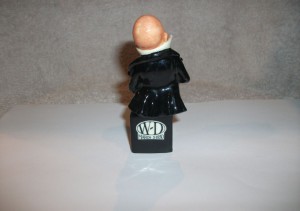 Thanks to Harry Wilson the mystery of the WD initials on many Stein Bluebell specials is now solved.

The initials WD within an oval surround stands for The Woodall Duckham Construction Company of Brompton Road, London. –source

Once again this is an example of a Scottish brick manufacturer stamping the customer’s trademark on bricks manufactured especially for them.

1929 – Designed and installed the first coke ovens on the Becker system in the UK – 25 ovens were built at Handsworth for the Nunnery Colliery Co of Sheffield.

1933 – Built some intermittent vertical retorts on the Stettin principle for the Croydon Gas Co. Built carbonizing plant for the Tottenham and District Gas Co.

1936 – Built new coking plant at Blacker near Wombwell for the Barnsley and District Coking Co; motor spirit would be one of the byproducts.

1937 – Erected 82 coke ovens at Redbourn for Richard Thomas and Co.

1948 – Incorporated as a public company.

1953 – Name changed. Woodall-Duckham was a public company which started to be quoted on the London Stock Exchange in April 1953.

1961 – Designers and contractors for coal carbonising and coal and oil gasification plants, and ancillary plants for the gas, coking and chemical industries. 2,700 employees.

Below – Note the WD trademark top middle centre of the poster below and compare to the Bluebell special also shown. 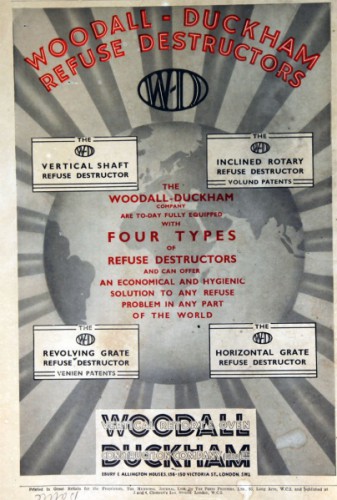 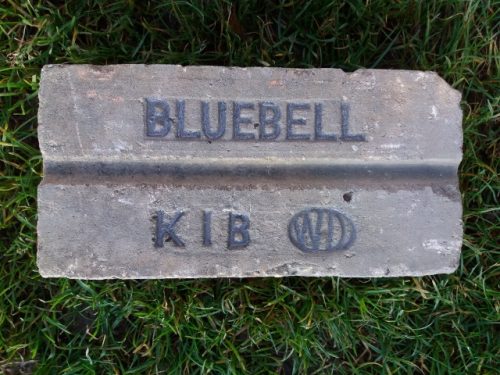 Below – This is a firebrick found by Clint Williams in Grafton, NSW, Australia. I believe the oval stamp may represent Woodall Duckham as they also had operations in Australia. The manufacturer of this fire brick is unknown. 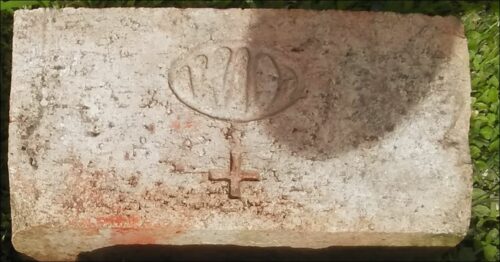