Below – Tiger – I work for Taylor Clay Products in NC and the tiger brand bricks were made by the ancestors of the man who owns the company now, Charles Taylor.  The original Charles Taylor immigrated from Staffordshire, England about 1850 and worked at Bromley Pottery in Cincinnati.  He eventually married William Bromley’s daughter.  Their product was brown glazed stoneware.  About 1857 Charles Taylor discovered high-temperature fireclay up the Ohio River from Cincinnati and thereabouts started making firebrick in Cincinnati, bringing the clay to that city by barge.  The firm would be called Charles Taylor Sons and a few variations and was eventually sold to National Lead Co. about 1948.  At that time my boss’s dad started the company here in NC.  The TIGER brand is probably because the area where the good clay was mined is along the Tygart River in Kentucky, the locals there refer to that river as the “tiger” river.  I actually found this brick at the old site in Cincinnati and this is as fine a specimen as there is.  It doesn’t look like a firebrick, but they made other clay products as well.  There are four know variations of tiger brick but all have the same tiger imprint.  I think this is the best U.S. brick unique and rare. 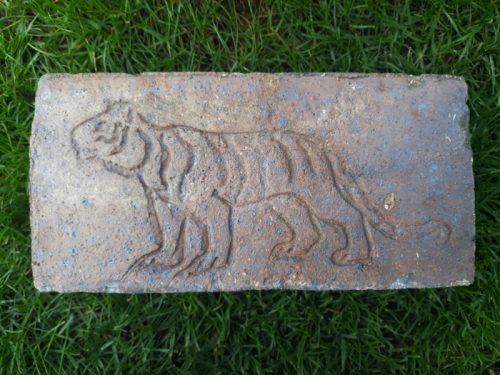 Below – Columbus – This brick is called a medal brick, and there are maybe 12 – 15 variations.  Collector Mike Corn donated this one to you! I actually don’t have this variety but have one good example on display of a medal brick.  They were made in Malvern, Ohio, after 1893.  This is the best relief of Christopher Columbus I have ever seen on these bricks!  At the 1893 Columbian World’s Fair Exposition in Chicago, the Canton-Malvern Brick Company won the award for the “best” quality paving brick.  Following that, they started putting both sides of the medal on their paving bricks! C – M means Caton – Malvern, and this is an early version because eventually the company was sold to Robinson Clay Products and later versions have R C P C on them, so probably made around 1900.  This one is as impressive a U.S. brick as there is. 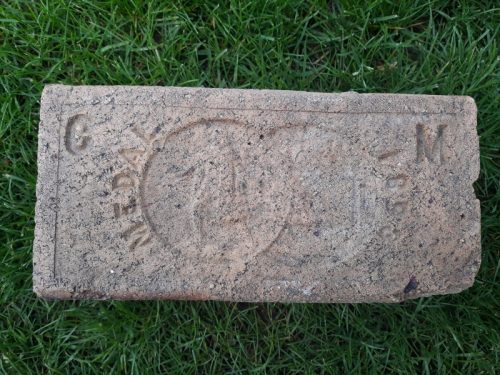 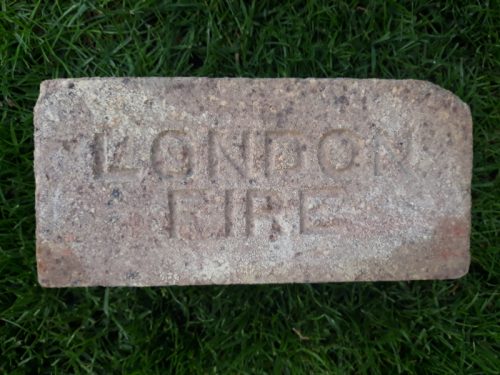