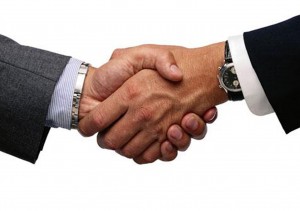 During 2014, I found a Carbofrax brick on shores of the Firth Of Forth, Nr Edinburgh. I suspected this to be of American origins and Jim Graves, IBCA confirmed this in his ‘Don’t ask me’ page.
Carbofrax® is a registered trademark used for furnace-linings, fire bricks and blocks, and bulk material for use In making the same and it was made by the Carborundum Co. at their Perth Amboy, NJ plant circa 1920-1939
The theory was that this brick had perhaps arrived in Scotland as ballast on a ship or was part of a special order due to the brick’s qualities.
Further research has unearthed the following.
During 2014, I visited the old John G Stein, Manuel Brickworks at Whitecross, Linlithgow, Scotland. The site had been levelled many years ago with just one small group of buildings left standing. The small company of butchers that had leased these buildings had recently vacated them and the site was now scheduled for development. On one occasion when I visited the demolition crew were in and taking the last of the buildings down.
While I wandered around the grounds I found a bonfire that the workers had used to burn rubbish found in the last remaining buildings. The bonfire was extinguished and it was raining cat and dogs. As I poked about the bonfire I found a pile of partially burnt and sodden Stein Invoices relating to the sale of his products all over the world. I managed to salvage a carrier bagful of these. Subsequently, I managed to tease the pages apart and dry them on my garage floor at home.
I thereafter recorded the product descriptions as per this post on my site.
Among the Stein invoices was an entry for Carbofrax silicon carbide tap bricks to DRG F594682 – 3 which were to be exported to Switzerland. As Carbofrax was an American registered trade name, it is unlikely that Stein was also making a brick with this exact same name.

Also found on this same stretch of shoreline was a large special firebrick marked Empire E. I can find to British link to this brickmark.
The only connection I can make is to the Empire brickmark of AP Green, Missouri as per this very interesting catalogue.
Similarly, if this is an AP Green brickmark then it is possibly, an import to Scotland.
However, there is evidence that AP Green and JG Stein – in their day, 2 of the worlds leading figures in the firebrick production world, were the best of friends and regularly visited each other on a personal basis between 1910 and 1927. This relationship is referred to in detail in the November 2007 IRE Magazine
As industrialists, both Green and Stein were competing against each other for the world’s business however due to their documented friendship, I do believe this competition was on a very amenable and professional basis and both would help the other out when possible. With this in mind, it is more than likely that each traded the others product when they were not able to fulfil orders with their own product. Thus it is possible that the AP Green Empire brick was part of an order imported into Scotland by Stein.
With this theory in mind, it is also possible that Stein also had a collaboration with the Carbofrax ‘A’ manufacturers and as such was importing their product as part of an order for onward transportation to Switzerland. It may be that Carbofrax ‘A’ bricks were so specialised and not often required that Stein did not feel the need to manufacture any similar ones himself.
AP Green was also buying up British firebrick manufacturers. The Douglas Firebrick Company, Scotland was sold to A. P. Green Refractories in 1970. This also raises the intriguing question, did AP Green manufacture any of his products eg the Empire brand, using the facilities or works he acquired in Scotland or wherever.

Any information on the above products or indeed the theories pondered would be much appreciated.