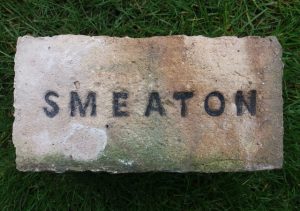 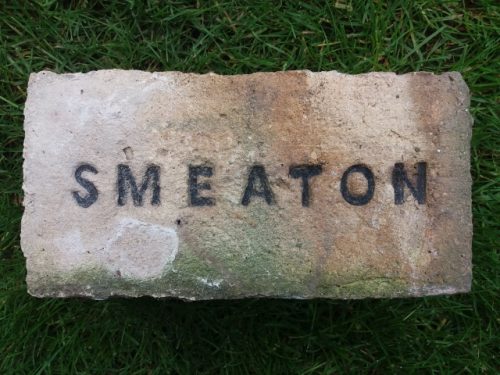 Below – The same stamp with a reveresed ‘N’ found at Gorebridge. 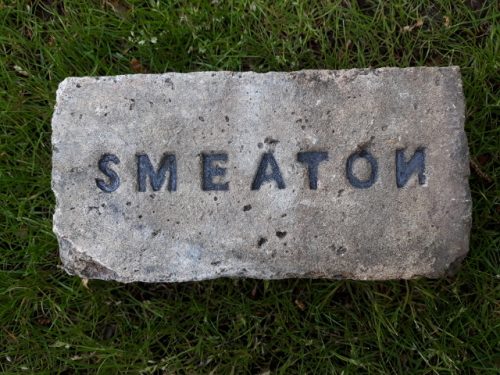 Below – The same stamp on a red brick of a different texture to the ones above and as such this may be a Smeaton common brick which were manufactured in the same size as the fire bricks. It was found by Ian Suddaby in the River Esk, Mid Lothian 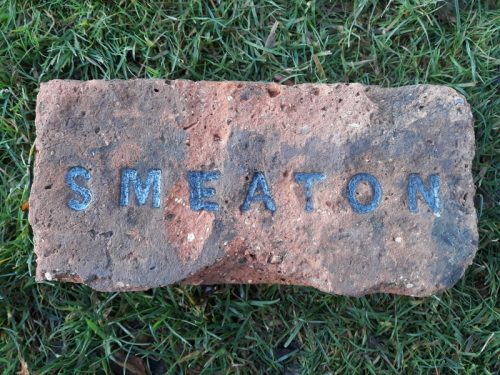 Below – 2 Smeaton stamped bricks found by Ian Suddaby in the River Esk, Mid Lothian. Both have been double stamped.  The top example is double stamped in the same direction. The 2nd example is a reversed ‘N’ version. It has then been overstamped by what appears to be the same mark but in reverse and upside down. 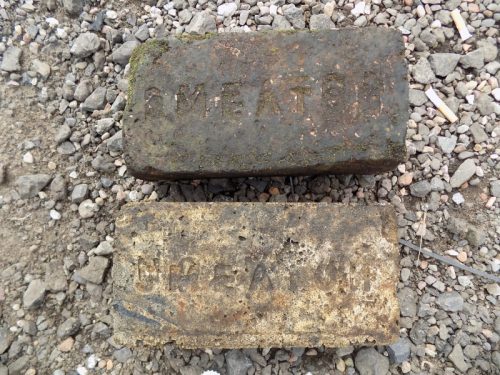 Below –  Smeaton bricks have also been photographed at the lime kilns at Crichton. 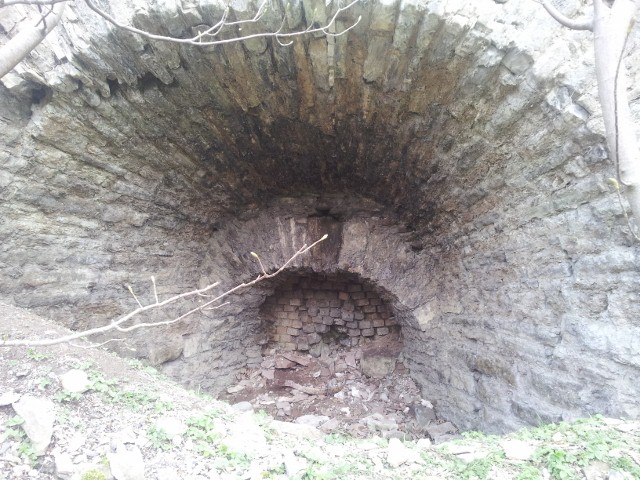