A fantastic selection of Scottish bricks found by Henri Lessard on the banks of the Ottawa River, Gatineau, Quebec, Canada. – source

They were found in the ruins of a former sawmill.

Between 1873 and 1930, the Gilmour and Hughson Company operated a sawmill at the NE corner of the Ile de Hull (Jaques-Cartier Park and right bank of the mouth of Brewery Creek).

In 1841 James and Allan Gilmour took over the Montreal branch of their parent firm Ritchie & Co.  Shortly afterwards the new firm Gilmour & Co. opened an office in Bytown, at Wellington and Kent, from which they carried on the business of procuring timber and sawn lumber for the Quebec market.  They also sold supplies for lumber camps.  Through 1841-1853 Gilmour and Co. teams were lumbering along the Gatineau River where the company had acquired rights to cut trees. The Brewery Creek site was bought in 1874.  At this time they built a wood mill which burnt down a year later.  In 1880 Gilmour & Co. moved to more central Elgin Street offices although the eighties were for them, as many other wood mills along the Ottawa, a decade of extensive debt and retrenchment.  Skead Mills at Westboro failed at the same time for example.

Gilmour and Hughson built the Brewery Creek office and a new mill in 1893.  In the mill logs clamped to carriages would be forced by steam engines against high-speed saw blades.  The cut lumber was carried by horse-drawn railcars and stacked over the area of the modern Jacques Cartier Park.  It would be loaded onto barges from either the Hull wharf, then known as the shipyards or their own wharf at the bottom of Brewery creek.

In the year 1900, the great fire swept through Hull.  Two million board-feet of their stacked wood was lost although the office building was spared.  As a result of the fire, there was a widespread public protest against the practice of stacking wood inside city limits. The International Pulp and Paper Company bought the site in the 1920s and the company was dismantled in 1930.  The Federal District Commission purchased the land from the IPPC in 1933 and removed the entire mill infrastructure excepting the head office and mill smokestack.  The smokestack was demolished in the 1950s.   Source  – A Guide to the Gilmour and Hughson Company (1873-1930) property. Parc Jacques-Cartier, Hull by Michael Davidson – April 1998. 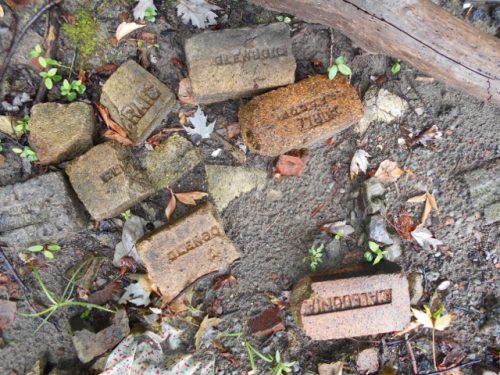 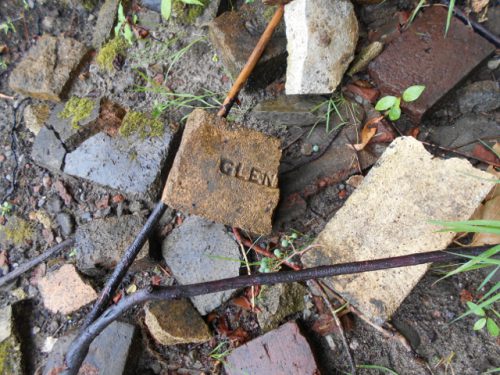 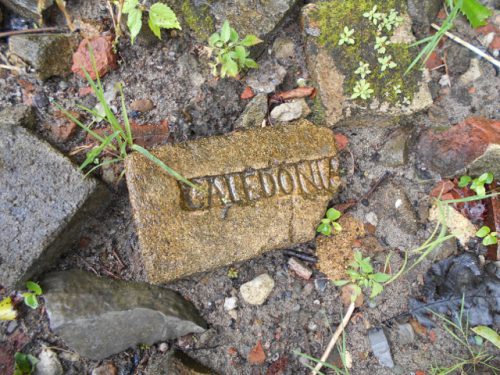 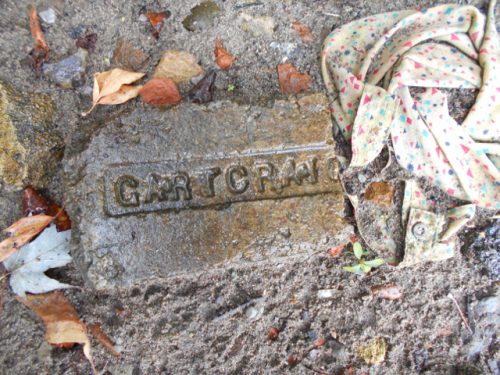 Below – Hurll Glasgow – Hurll, Gartliston and Garnqueen Fire Clay Works, Glenboig. There is also a broken ‘Gartcraig’ in the photo. (Note – SBH – The broken brick ending ‘ster’ could be an English brick stamped ‘Lister’ or ‘Foster’. 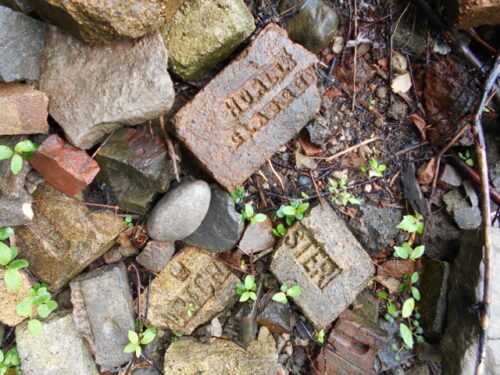 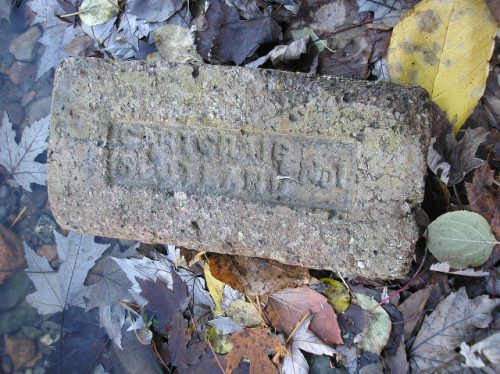 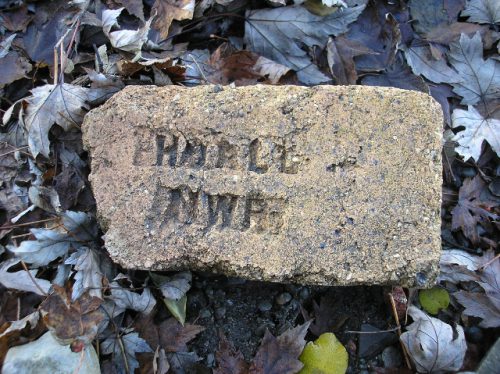 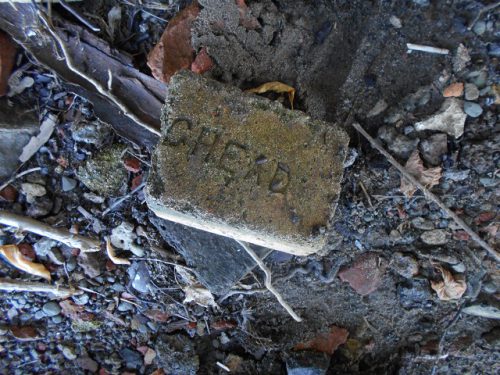 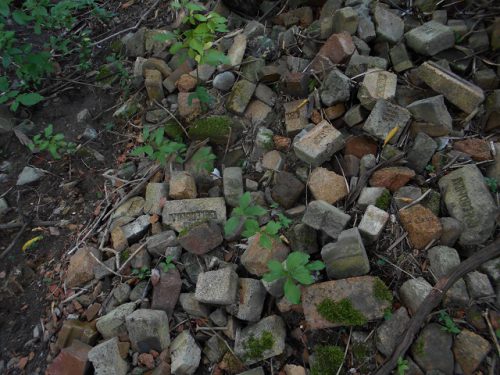 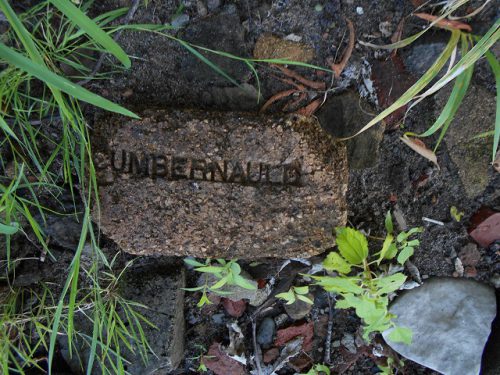 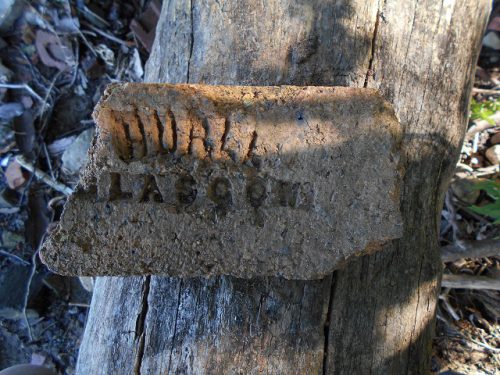 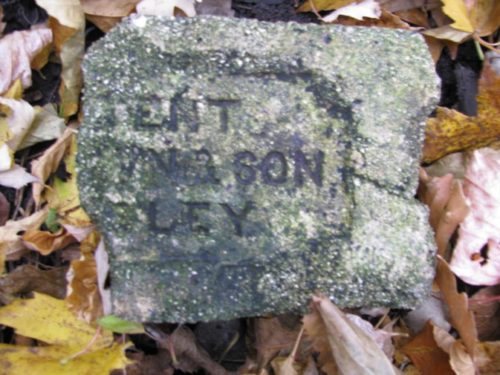 Black and white header picture – Aerial photograph of the Gilmour and Hughson sawmill, at the mouth of Brewery Creek, at the Eastern end of today’s Jacques-Cartier Park, in Gatineau, around 1925