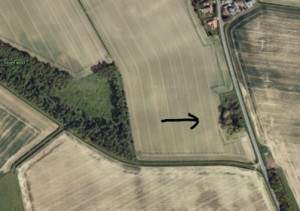 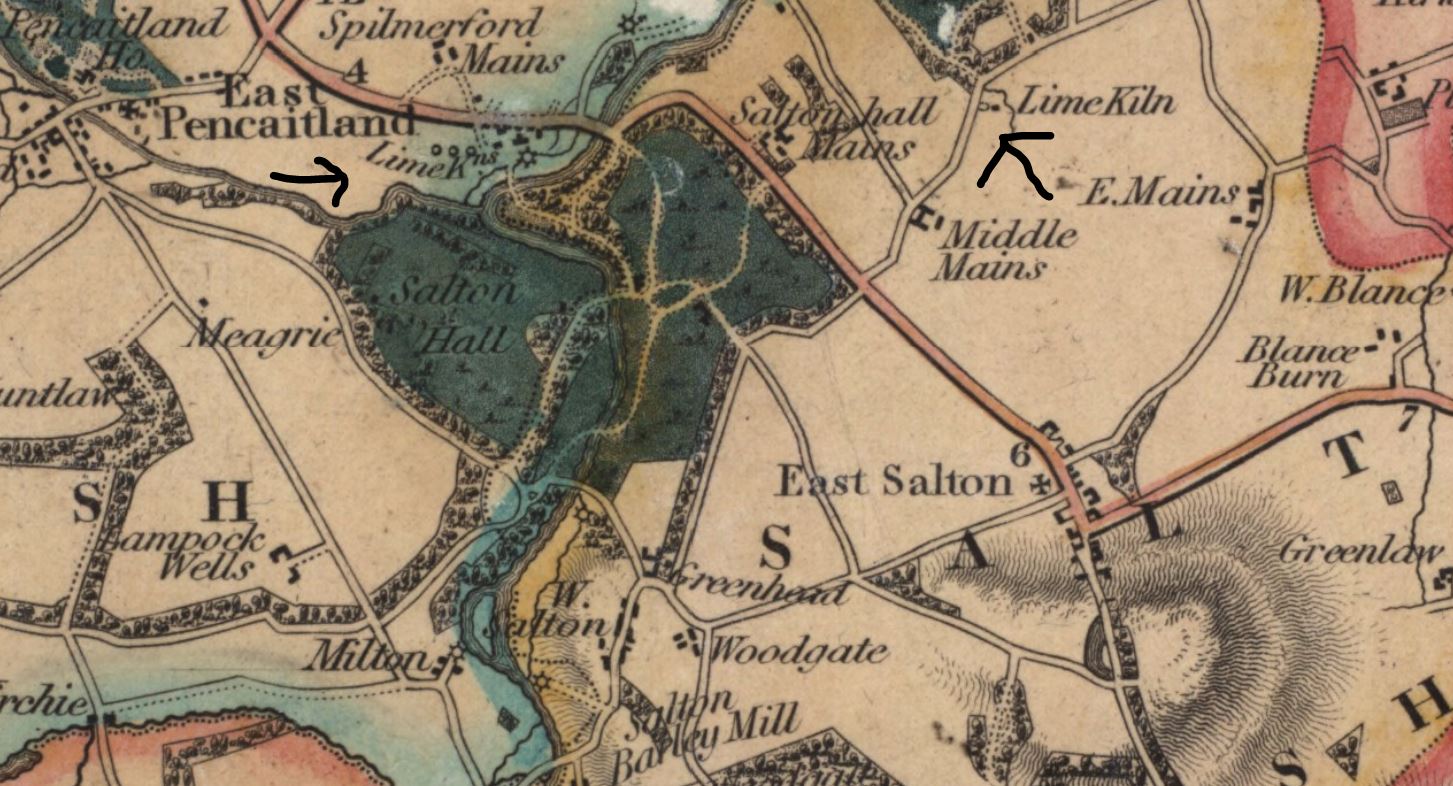 1845 – The new statistical account of Scotland: Linlithgow, Haddington, Berwick (page 120) … The only public work at present in operation in the parish is a brick and tile factory on the estate of Salton, originated and erected by the present proprietor, Mr Fletcher in the year 1834. The kiln is 21feet in length and 10 in breadth within the walls and gives employment to 7 workmen, including the manager. Draining tiles are at present the chief article of manufacture. Since the erection of the work in 1834, the amount of produce has been as follows: 5000,000 draining tiles, 20,000 house tiles and 12,000 common brick … 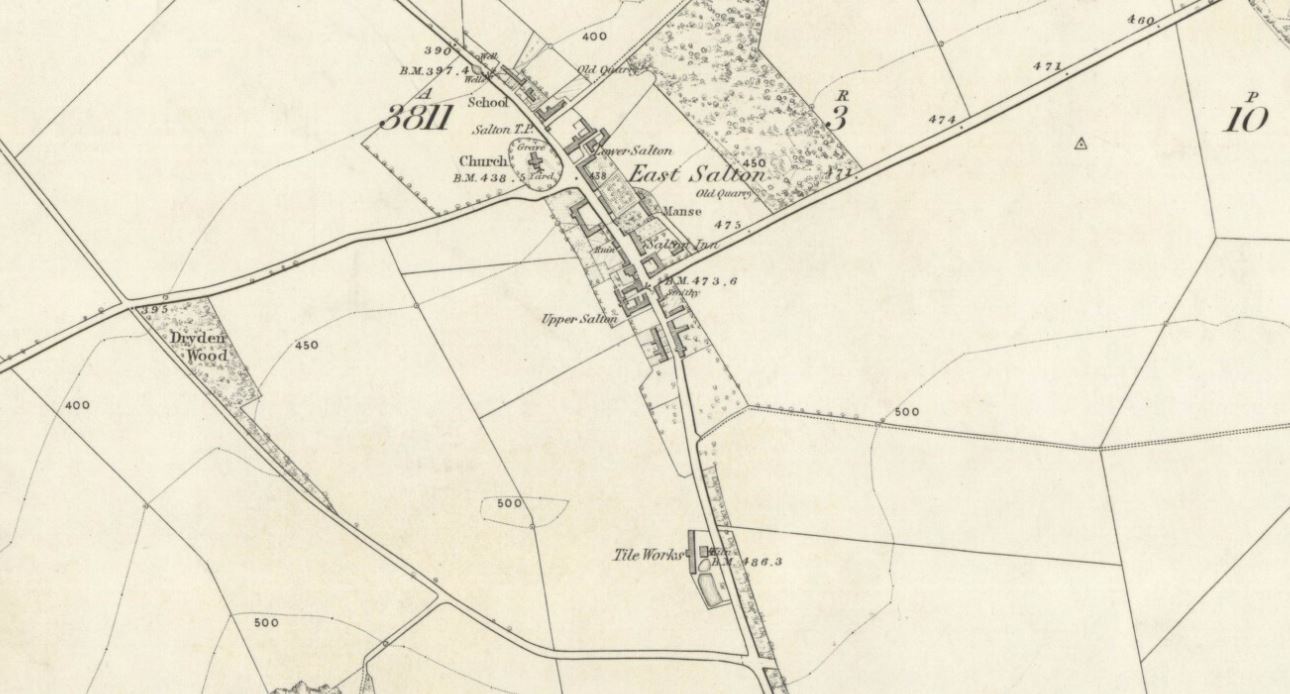 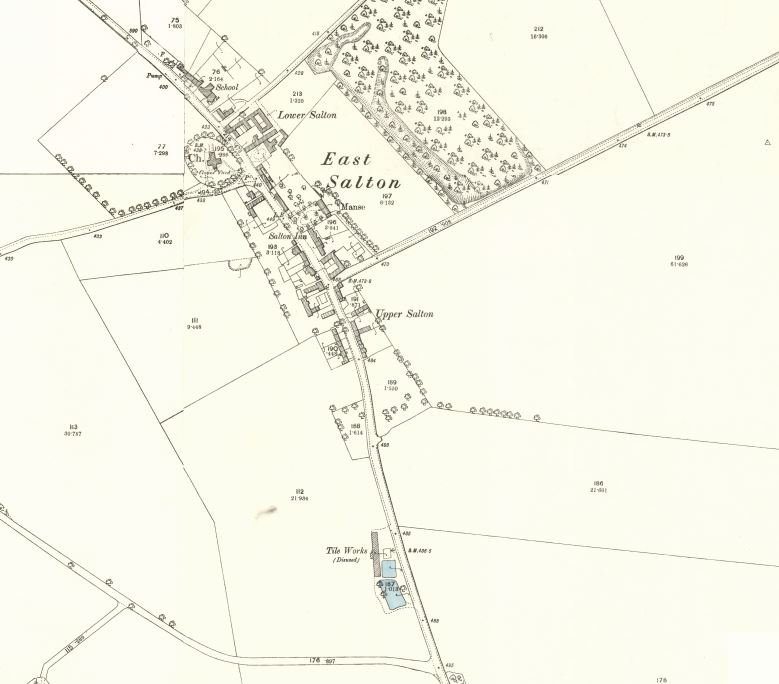 1894 – Extract from – Reminiscences and notices of ten parishes of the County of Haddington … Mr Alexander Muirhead, called the “Chancellor” in his day, deserves particular notice. He was a man of great energy, an extensive lime-burner at the Saltoun Lime Kilns, a coalmaster at Huntlaw and Fountainhall, an extensive farmer, and brick and tile manufacturer at Saltoun at works originated and erected by the late Andrew Fletcher, Esq., in 1834. Up to 1 84 1 500,000 draining tiles, 20,000 house, and 12,000 common bricks were manufactured. The tileworks are not now worked. Mr Muirhead was a well-known man in Haddington, which he visited every Friday. He was a great authority in mining and lime-burning operations. In conversing he used the expression *’ my canna man,” which came to be quite familiar to all his friends and acquaintances. He died in 1866 …