Below – 1952 – 1953 – Girvan Newspaper (Many thanks to Ian Jones, Ayrshire for sending this clip). Mr Thomas McMurtie worked at Romily Brickworks.  If he died in 1953 at the age of 74 then he was born c. 1879. He started work at the brickworks so this could have been around 16 years of age so it is likely the Romily Brickworks were in operation c. 1895. 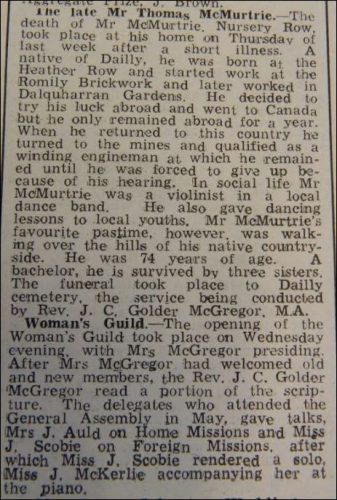 Although the above article refers directly to the Romily Brickworks, it is possible that this was another name for the Dalquharran Tileworks as they were sited at Romilly Colliery.

Below – 1894  – Dalquharran Tileworks and Romilly Colliery. 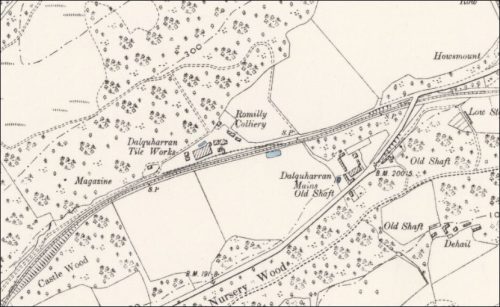 Ian Jones states – The brickwork took its name from the adjacent pit named Romilly after the Daughter of the Laird of Dalquharran at the time of it was being driven (late 1830s?). The winding wheels can be seen in the distance behind the tileworks photograph that I sent – see below. 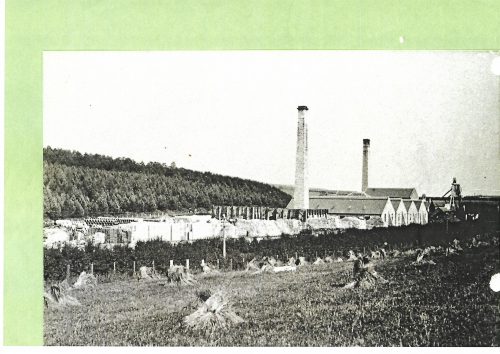