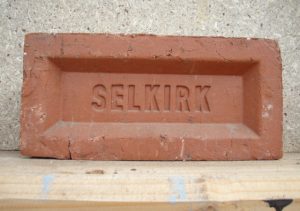 Robert Selkirk, I was born at Fifeshire, Scotland, and emigrated to Australia with his young family in 1854, including the 13-year old Robert Junior

In 1883, Robert Selkirk II, a Scottish immigrant, identified the need for materials in the post gold rush building boom in Ballarat, Victoria, Australia. He began making bricks by hand and firing them in a traditional square kiln at De Murza paddock in Allendale. By 1893 transporting the bricks to Ballarat, the main area of supply became problematic. Recognizing this, Robert moved production to Heinz’s paddock on Howitt Street were the plant still operates today. This site was ideally located to the companies main market and was adjacent to the train line which could offer transport around Victoria.

Selkirk bricks can be traced back to 1854 when Robert Selkirk I and his family migrated to Australia from Scotland. In 1883, Robert Selkirk II started to make clay bricks by hand at Allendale, in response to the building boom resulting from the Ballarat gold rush. He subsequently acquired brickmaking equipment and, in 1900, moved to a large site in Howitt Street, Ballarat, where the company remains based today. Continuous kilns were introduced in 1905, and the business thrived. After Robert Selkirk II’s death in 1921, it was taken over by his son James Selkirk, and then after James’ sudden death, by his own two sons, Ronald Selkirk II and William Selkirk (1913-1991). An elder sister, Sylvia Edith Selkirk (1911-2005), married in 1935 and does not appear to have been directly involved in the family business.

Ronald Selkirk fought in the Second World War, serving with the Royal Australian Engineers (1940-42) and then with the 1667 Conversion Unit of the RAAF (1942-45). The Selkirk brickworks in Ballarat, which ceased production in 1943 due to the war, re-opened in 1945 and business was soon booming again. The existing Hoffman kilns were refurbished in 1947, additional equipment installed, and the clay pit gradually enlarged. In 1955, the company introduced brick packaging and in 1962, the first tunnel kilns in Australia.

The Selkirk tunnel kilns were the first in Australia, and possibly the world, be fired by butane.  Source

Below – Aerial view of the ‘Selkirk’  Brickworks, Ballarat, Victoria, Australia. 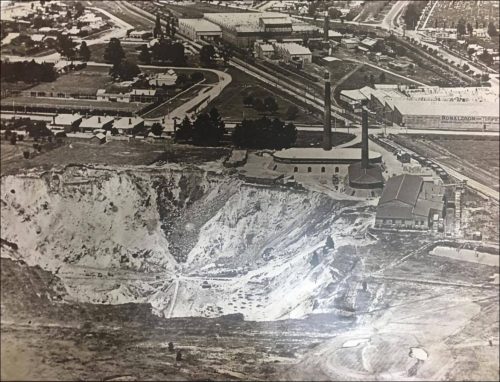 Below – Various photographs of Selkirk bricks believed to have been made at Ballarat. They are taken from an Australian brick enthusiasts website and are credited to Phil and L Howie. 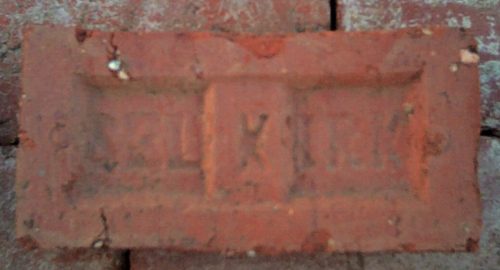 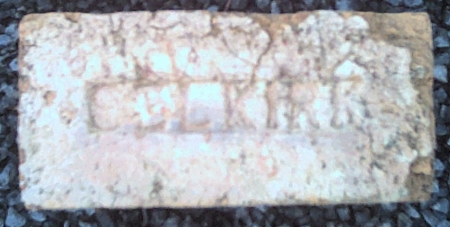 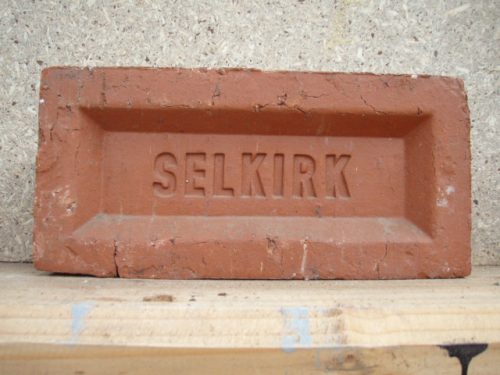 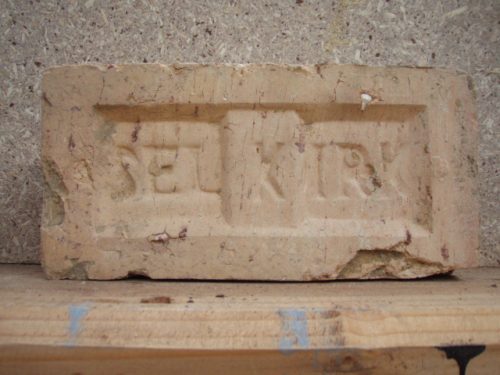