Many thanks to James Crawford for giving me the heads up on this one.

Melrose Abbey was founded in 1136 by Cistercian monks at the request of King David I of Scotland.

Canmore. – The fine series of glazed floor tiles, in situ, at Melrose Abbey were undoubtedly made by the Cistercians. Milne (A Milne 1743) notes that “a little to the south of Darnick is a place called the Tile-house, where they made their tile, and a great deal of it is sometimes found there”. A field called ‘Tylehouse Park’ appears on a manuscript plan of 1819, and on other documents held at Abbotsford.

When visited by a group from Glasgow University’s Archaeology Department, no signs of claypits or tile fragments could be found, though clay, which could have been used for tile making is exposed in the banks of the stream which separates the field from Rhymer’s Glen. It was also noticed that foundations were, in fact, present at the feature called ‘Pile of Stones’ by the OS, and it is suggested that these represent the remains of the ’tile- house’.

It is hoped that an excavation will take place later in the year.  E Talbot 1976

Below – 03/01/1907 – Southern Reporter – Reference to the tile works used by the monks to create bricks and tiles for Melrose Abbey. 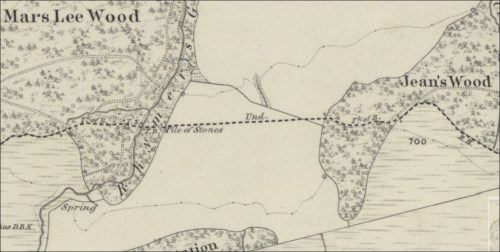 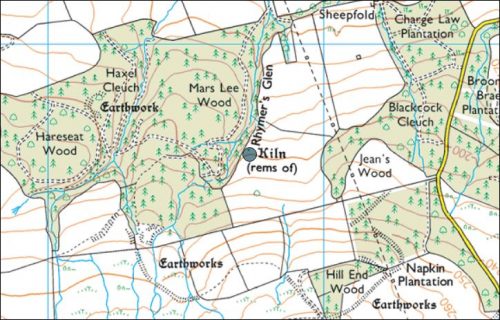