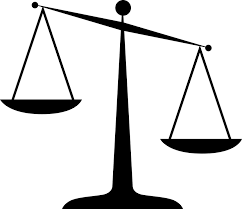 28/01/1847 – The Fife Herald and Kinross, Strathearn and Clackmannan Advertiser.

This very comprehensive article covering some 2 pages in the newspaper relates to the  case in which Mr George Methven, brick and tile manufacturer, Kirkcaldy, claimed compensation for portions of his clay-field in the barony of Abbotshall taken by the Edinburgh and Northern Railway Company came on for trial on Tuesday week before Sheriff Monteith and a special jury. The lands, in particular, were known as West Mill Par, Fergus Field and Small Field.
Counsel for Mr Methven-George Deas, Esq., and David Hector, Esq., advocates.  Agents-Messrs Pearson and Jackson, writers, Kirkcaldy, and Messrs Drummond and Mitchell, writers, Cupar. Counsel for the Railway Company-George Patton, Esq., and Charles Baillie, Esq., advocates.  Agents Sir Charles Gordon and Co., W.S., Edinburgh; Mr Russell, writer, Kirkcaldy; and Mr John M. Douglas, writer, Cupar.

During the hearing the following persons of note are referred to:

Colonel Robert Ferguson: The proprietor of the barony of Abbotshall and leased the land to George Methven and his son David.

Michael Wilson: Is the foreman to Mr Methven and has been in his employment for 21 years.

David Wilson: A tile maker in the service of Mr Methven for 27 years.

William Gourlay: A tile maker in the service for Mr Methven for the last 20 years.

Robert Lambert: In the service of Mr Methven for 20 years, unknown employment.

Allan Livingstone: Is a brick and tile merchant, Portobello, and is extensively engaged in the trade and send bricks to all parts of the world. He gave evidence regarding the clay at Mr Methven’s works and his views on the prices that could be demanded of the product.

David Landale: A mining engineer and had been engaged in making bricks, gave evidence of the quality of the clay and the price of potential products, he also examined the borings in West Mill Park under the railway.

Andrew Mitchell: A potter of 25 years, gave evidence of the value of Mr Methven’s clay and that the clay from West Mill Park was the very best quality for making flower pots, chimney cans and lusterware.

Henry Watson: Brick and tile maker in Lochgelly gave evidence as to the superior quality of Mr Methven’s clay and the price of the manufactured articles.

William Bisset: A manager of a brick and tile works at Leven gives evidence as to the quality of the clay and the product manufactured.

John Gilbert: Who had been the manager of Sir George Grant Suttie’s clay field near Prestonpans for 30 years gave evidence of the quality of the clay at West Mill Park and Fergus Field.

James Street: Brick and tile maker near Dunfermline and who had been in the trade for 40 years gave evidence to the quality of the clay.

John Lindsay: Superintended the digging of the clay in Mr Methven’s works and gave evidence of the quality of the clay.

Robert Hunter: A potter in Leith and for some time a clerk in Mr Methven’s employment testified to the accuracy of the books kept in the works.

Andrew Templeton: An accountant in Kircaldy gave evidence regarding Mr Methven’s books including the prices and profits going back 9 years.

Henry Struthers: A brick and tile manufacture at Wardlaw.  Received instructions to visit a clay field in Fife last summer called Grange from the agents of Kernel Ferguson of Raith.  For the purpose of ascertaining if it would do for a brick and tile manufactory, he found the clay very good for making bricks and tiles, he did not take the depth of the clay but found the tirring to be 2 or 3 feet, the depth of the clay would be more than 5 feet, the strata under the clay was magnesia limestone, the clay field was on the line of the railway between Kirkcaldy.

John Gowan: Factor to Kernel Ferguson of Raith gave evidence with regards to the clay field on the lands of Grange, Kirkaldy.

Alexander Bruce: A quarryman from Southerton.  Sometimes employed in the making or in making borings, he knew of the farm of Grange and was instructed by Kernel Ferguson to bore for clay in 1839, he made borings and found clay to the depth of 1 to 16 feet.

William Wilson: Brick and tile maker near Glasgow been in the trade for a considerable time, he has 2 tile works near Glasgow and one near Camberslang gave evidence as to the manufacture of bricks and tiles and the fluctuation of prices.

Mr Adam: Brick and tile maker has been in business for 18 or 20 years and had works in Glasgow, Bothwell and in the Carse of Gowrie gave evidence as to clay field rental prices and manufacture product prices.

Mr Alexander (Thomas Alexander?): Is the manager of Lord Wemyss’s tile work on the estate of Elcho and of Mr Tyndal Bruce’s tile work at Falkland and he also has one of his own 3 miles north of Kirriemuir gave evidence as to rent and tile production.

John Milner: A tile maker at West Calder who erected a works at Grangemuir in Fife, he gave evidence to the quality of clay and prices.

James Slight: Civil engineer he had a good deal of experience in clay field valuations, he had valued Cuttlehill field 6 or 7 years ago which contained the finest clay in Scotland both as to quality and situation gave evidence as to the value of Mr Methven’s clay.

Jacob Kemme: Brick and tile maker at Granton he was the manager of the Duke of Buccleuch’s tile works at Smeaton.

Following summing up by the Sheriff the jury retired and after 2 hours having considered the evidence adduced for the Pursuer, George Methven, Brick and Tile maker, Linktown and for the Defenders, The Edinburgh and Northern Railway company, admissions of parties and writing produced, unanimously find the Pursuer entitled to the sum of £4318 as the value of his interest in the clay to be left unwrought under the portion of the lands of Abbotshall, taken and used for the purposes of the railway and as compensation for damage sustained by reason of severing the clay in the lands from the other clay and therein or injuriously affecting the same.