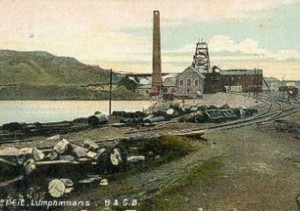 Little seems to be available on the internet regarding the actual Lumphinnans Brickworks which were situated adjacent to the ironworks. It is highly likely that the clay was manufactured into bricks to line and reline the ironworks furnaces and perhaps lived and died within the life of the ironworks itself.

Appeal – If anyone has any information on these works of indeed a brick marked Lumphinnans or one with a different brickmark but believed to have been made at Lumphinnans then I would be delighted if you get in touch. 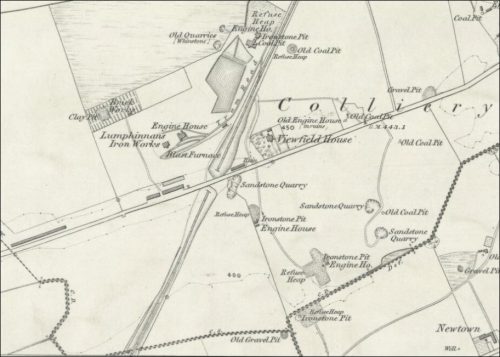 1871 – Scottish Mining Website … It may be added that the great body of the miners in the district of Lochgelly live frugally, and are in comfortable circumstances. The Lochgelly Iron Company’s, Sick and Funeral Society was established in 1852, and it now numbers 342 members; a similar society was formed in connection with Lumphinnans Iron Works in 1859, and it now numbers 50 members, and there are other benevolent societies in Lochgelly with which many of the workmen in the surrounding collieries are connected. At present, the wages in the district average from 4s to 6s 6d per day, and though from time to time agitations have been raised for increased remuneration, strikes are comparatively few – the last one, which was general throughout the county, having taken place in 1852 – and an amicable compromise between managers and men is in most cases effected without great difficulty.

02/11/1871 – Fife Herald – Of the various collieries which we have thus noticed, it will be found that there are sixteen engines, varying from 8 to 100 horse-power, employed for the purposes of the Lochgelly coal and ironworks, their total strength being 542 horsepower. Four engines, from 84 to 400 horse-power, are in use at the Lumphinnans furnaces and pits, and their combined horse-power is 768. Adding these two totals together, we have an aggregate of 1310 horse-power, or (assuming, according to James Watt, the celebrated engineer, that five-and-a-half men are proportionate to a horse) a strength equal to 7205 men. What a concentration of power! The uses of steam are so endless that we dare not attempt a summation of them; we “put a hook in the nose of the leviathan, play with him as with a child, and take him for a servant forever “.

Below – 30/07/1892 – Dundee Courier – The prospectus for the Cowdenbeath Coal Company Limited … The company has been formed for the purposes of acquiring, working and developing several collieries and works in Fife including Foulford Estate Colliery and Brickworks, and Lumphinnans Colliery, Ironworks and Brickworks …

The Company has been formed for the purpose of acquiring, working and developing  –

Lumphinnans minerals are held on lease from the Earl of Zetland, expiring Martimas 1922. The ironworks, brickworks, mechanic shops and houses are built on the ground extending to 24 3/4 acres, held in feu at a feu duty of £3 per acre … 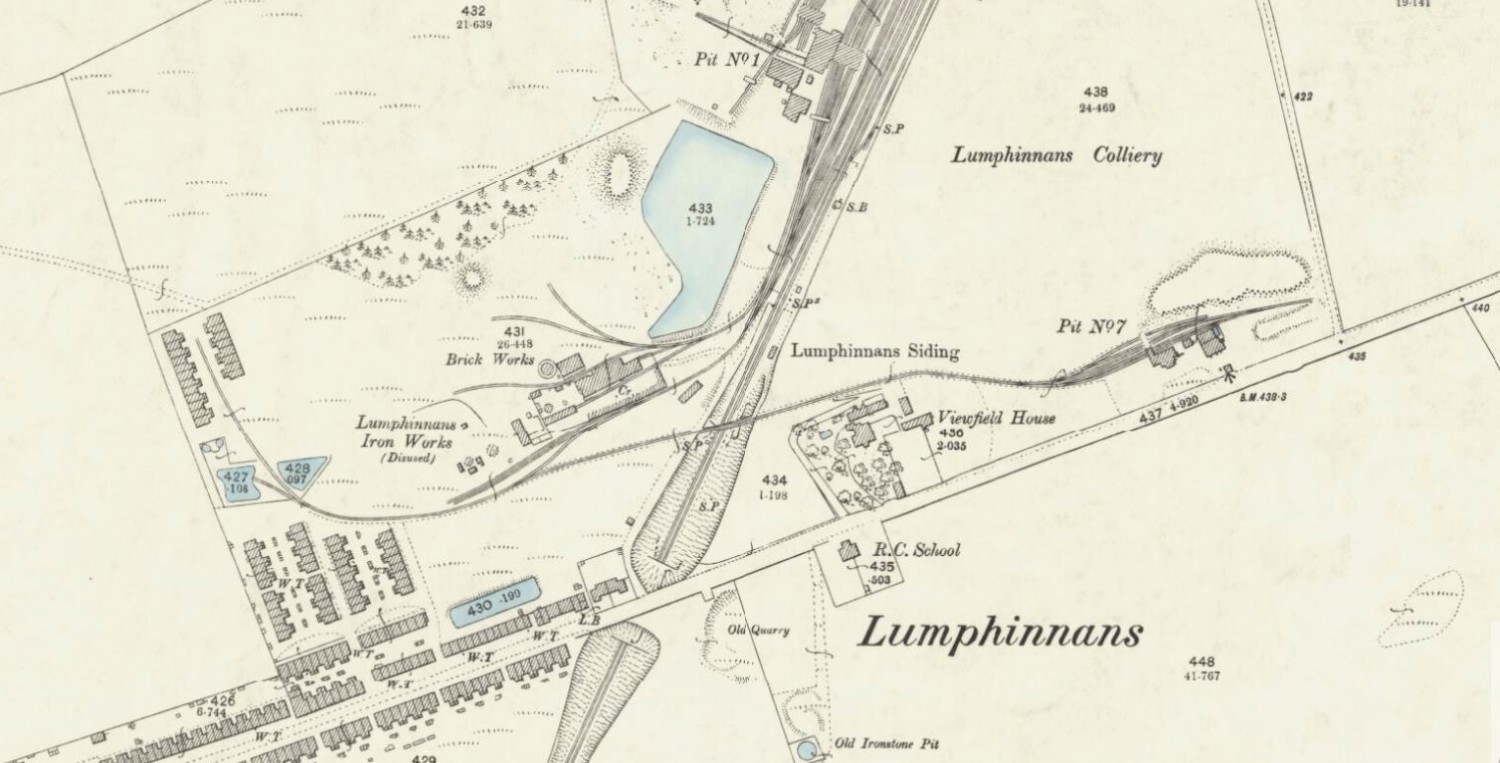 Below – Date unknown – Lumphinnans No 1 pit which is shown on the above map, just above the brickworks. 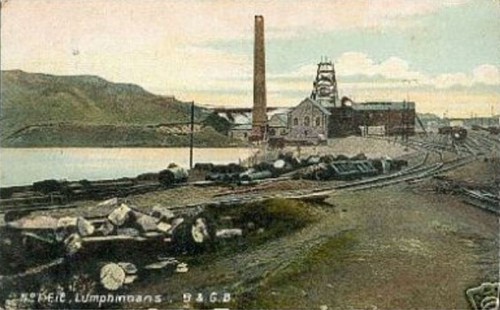