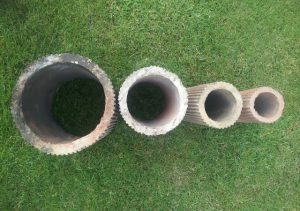 These fantastic drainage tiles were found and donated by Brian Wardell.

A friend of his remembers them arriving at a farm in Northumberland on the back of an LBC lorry in the 1970s.

The early brick presses only applied two presses to the powdered clay in the brick moulds. The trade-name Phorpres came about because Fletton Bricks made in Bedfordshire are pressed twice in each direction so that they are literally ‘four pressed’ if the phrase is pronounced quickly it becomes Phorpres.

Below – 4 different sized ribbed drainage tiles. They all measure 12″ long. 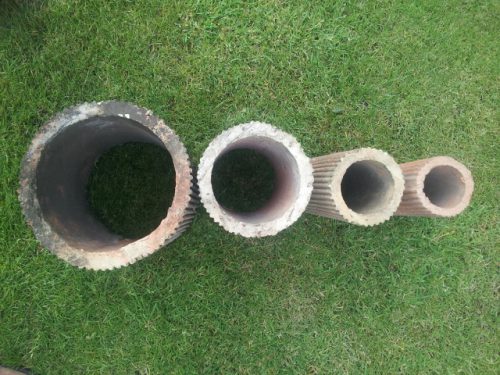 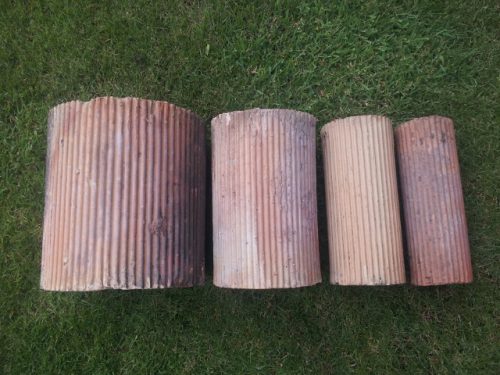 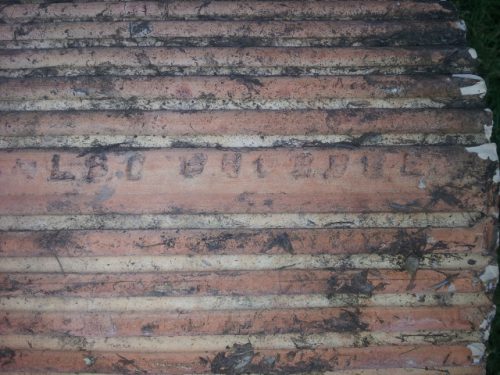 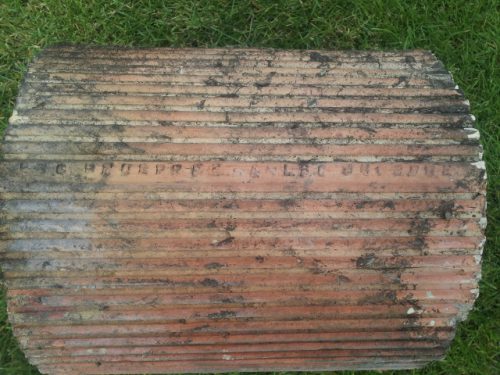 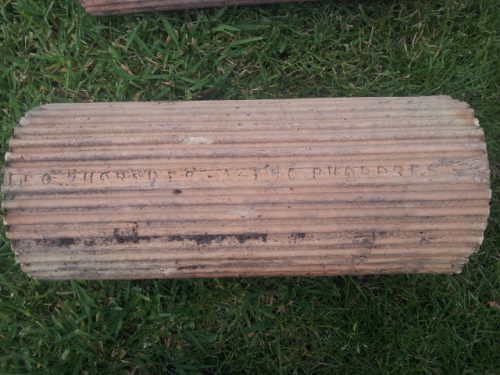 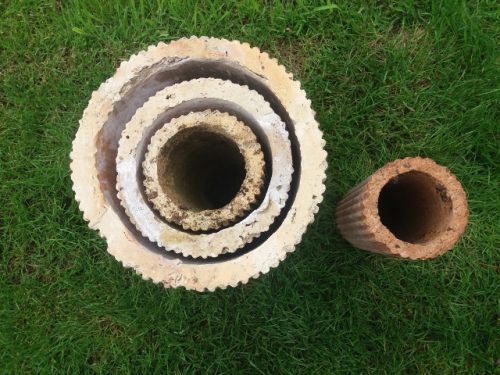 Below  – A further hexagonal drainage tile found by Ian Suddaby at St Andrews, Fife. It is marked Phorpres and will be an LBC product also. 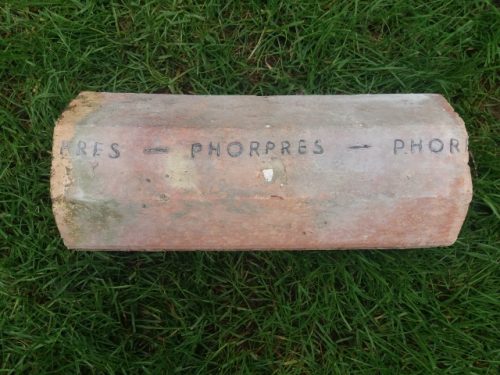 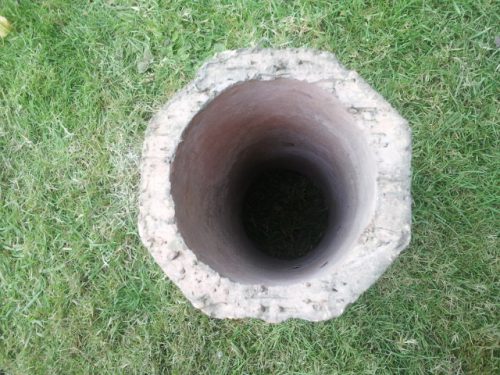