Langbar Brickworks, Glengarnock – The brickwork lies to the east of Glengarnock Ironworks which was founded in 1843 and was the first ironworks in Scotland to change to steel making. Hunt’s Mineral Statistics of 1858 records the brickworks making 1,600 tons a year of taphole clay. In 1882, there were 9 blast furnaces and 3 Thomas Gilchrist converters were being constructed for steel making. Glengarnock was the principal works of Merry & Cunninghame Ltd., up to shortly before the 1914 war, when it became part of David Colville & Sons Limited. Source – The Scottish Refractory Industry 1830 – 1980 – Sanderson. 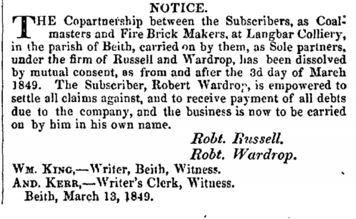 Below – 1855 – 1857 – Langbar Colliery. Robert Wardrop Pr. [Proprietor] James Crawford, William Colls. A colliery worked by steam power. There is also two brick kilns and a drying house attached to it there is no space for making the bricks as the clay is brought from a distance and the bricks are dried in the house by steam. 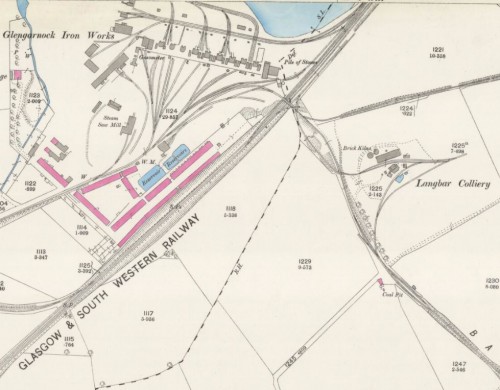 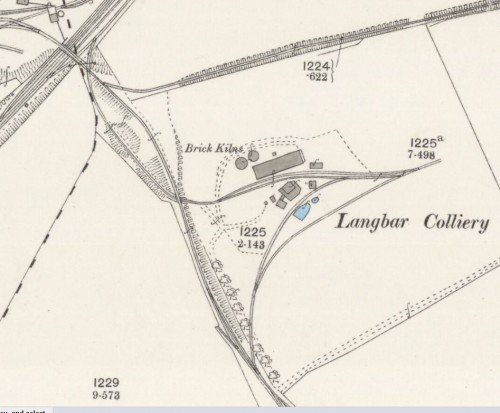 Below – 07/11/1857 – Ardrossan and Saltcoats Herald -Auction at Langbar Colliery … Including a variety of other articles connected with a colliery and fire brick works. 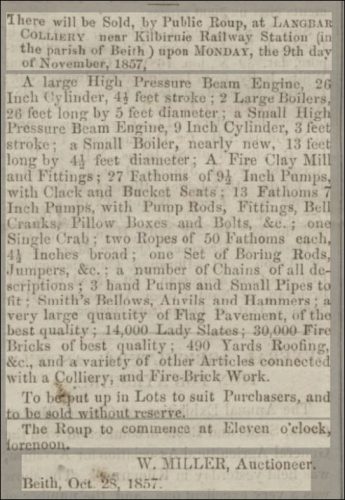