1855 – 1857 – ScotlandsPlaces – Dipple Tileworks. A tile and brickworks constructed in the year 1840. The works are carried on by a foreman appointed by the Marquis of Ailsa who is both proprietor and occupier. 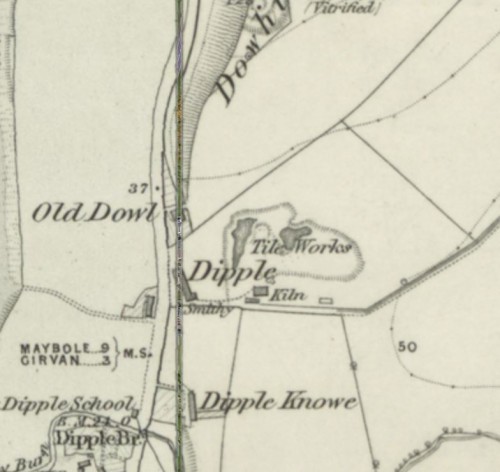 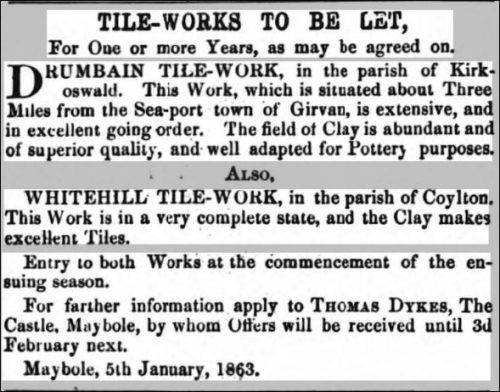 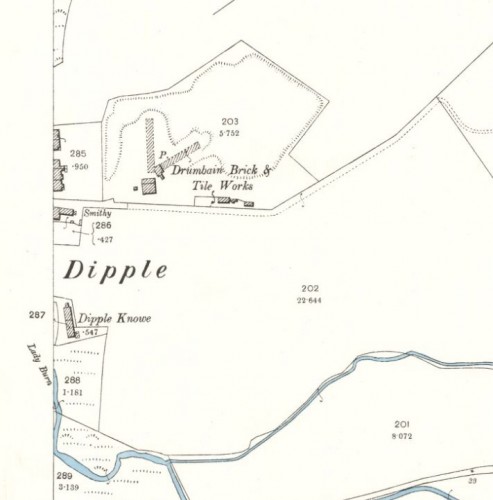 1908 – Marked as disused but this next entry is confusing with regards the dates?

Dipple Tileworks Limited (in Liquidation). Notice is hereby given, in pursuance of  Section 195 of the Companies (Consolidation) Act, 1908, that a General Meeting of the Members

of the above-named Company will be held at the Office of the Liquidator, 86 St. Vincent Street, Glasgow, on Wednesday the 11th day of December next, at 11 o’clock forenoon, for the purpose

of having an account laid before them, showing the manner which the winding-up has been conducted and the property of the Company disposed of, and of hearing any explanation that

may be given by the Liquidator. Dated this 6th day of November 1918. 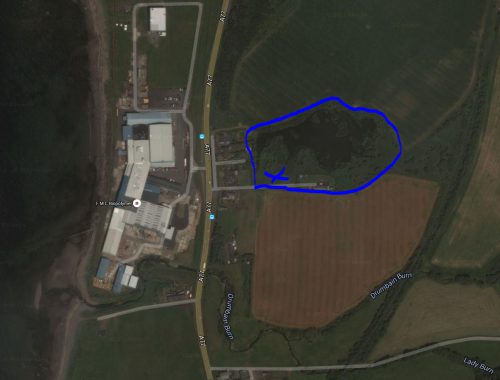 Below – This hutch or bogie wheel was found next to the old clay pit and may well have been used for transporting newly dug clay. 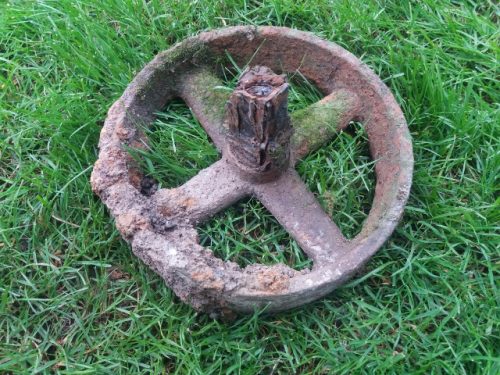 Below – The following bricks were found on the site of the old Dipple Works and are presumed to have been manufactured there – with the probable exception of the firebrick. 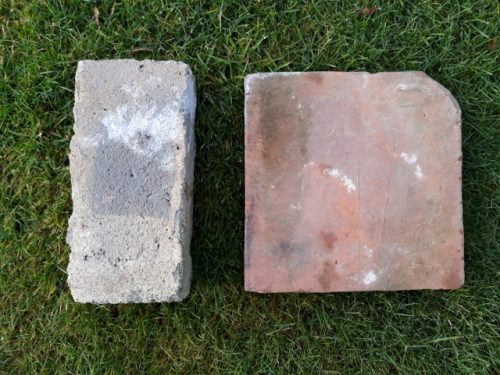 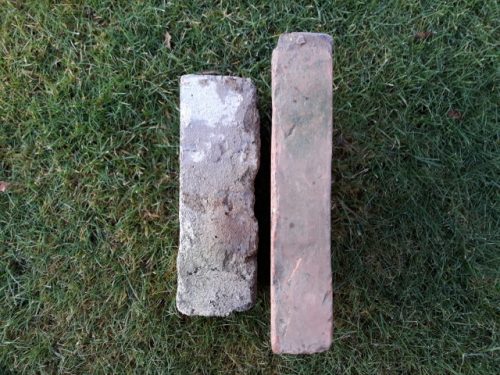 Below – A brick drain or ‘hollow’ brick. Note the remarkable definition of the fingerprints.

An elongated thumbprint to one side of the brick and 4 fingerprints to the other. 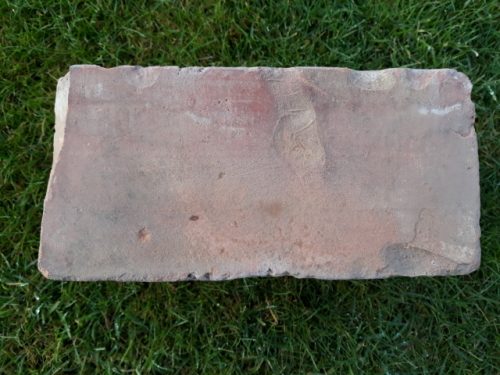 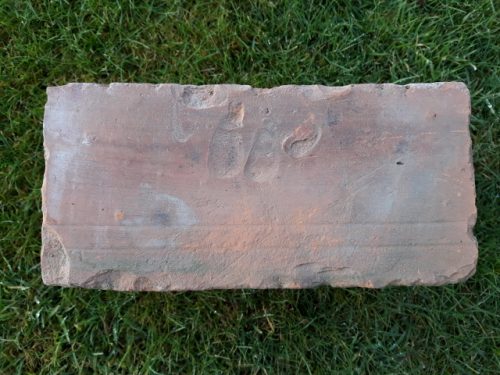 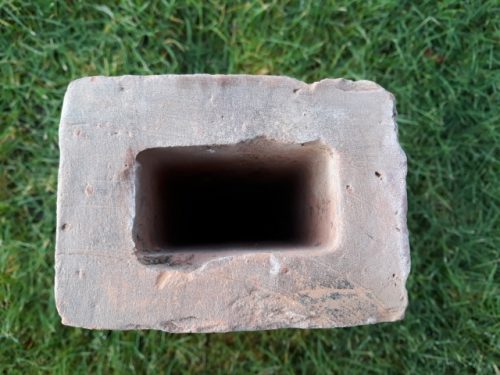 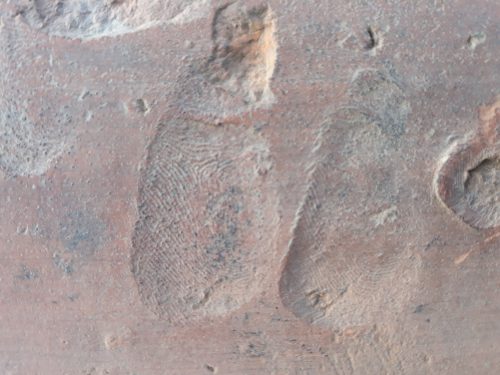 Below – A drainage pipe found on-site and very likely to be a product of the works.  Found by John (Ian) Jones, Ayrshire. 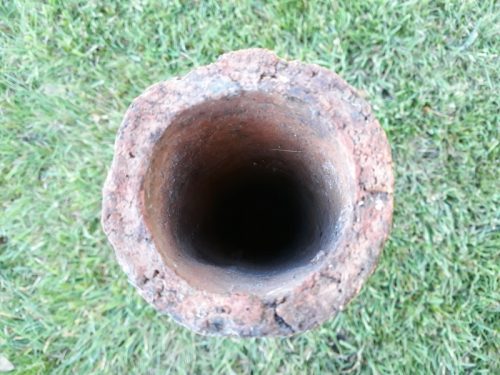 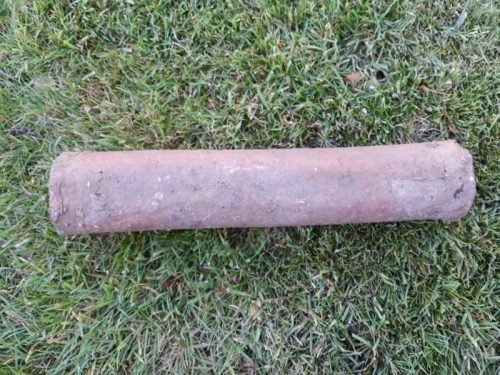