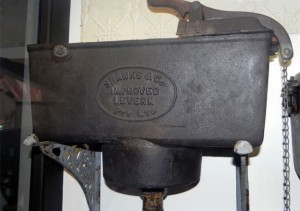 John Shanks –  “The sun never sets on the name Shanks.”

Around 1850, a contract to install a bell and clock in the Bourock Church tower in Barrhead was given to the joiner Abraham Bodys. He sub-let the plumber and sheet metal contract to a young Paisley plumber named John Shanks. This appears to have been Shanks’ first Barrhead job, but it certainly wouldn’t be his last.

John Shanks (1826-1895) embodies the Victorian self-made man. From small beginnings, he built up what was to become the internationally-known company of Shanks and Co. Ltd. Described as having “definite originality in application” (1) and big ideas, much of the firm’s early success was due to the inventions and patents in sanitaryware that he developed.

As with many other businessmen of the era, John Shanks was also a public figure, involved in the community and in local church and political affairs. His nephew described him as “big-hearted and generous, ready to help others and to give to those who were in need” (2).

For half a century the Shanks firm was the most important employer in Barrhead. The Shanks family ran the business until 1969, when it merged with another company to become Armitage Shanks. Throughout the 1980s jobs were being lost at the works and they finally closed their doors in 1992.

You can read more about the Shanks company in our online exhibition, Shanks & Co, from the link in the related pages area. 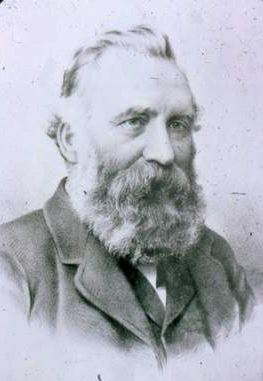 The son of William Shanks and Helen Gowens, John Shanks set up his plumbing business in Paisley in 1851, at the age of twenty-five. He had served an apprenticeship and some years as a skilled tradesman with Wallace & Connell, well-known plumbing contractors of the period. Seeing that there would be work for a plumber in a growing industrial town like Barrhead, two years later he opened a branch at Lowndes Street and then moved to the Main Street, opposite the Free Church. In a further two years, he closed his Paisley branch in favour of the Barrhead premises.

He was joined in the plumbing business after 1855 by his brother Andrew. They carried out their joint business in a workshop consisting of a plumber’s works on the ground floor, and a tinsmiths on the upper floor.

Meanwhile, Barrhead was changing, with the introduction of piped water from the Gorbals Waterworks during 1860-65 and a new sewage system a few years later. This meant that new houses had sinks with running water and a WC on each tenement landing. The demand for sanitary appliances was increasing and would continue to do so for the foreseeable future.

The key to Shanks’ success was that he was quick to appreciate the market potential of this growing awareness of public health. Around 1860 he had opened a brass foundry and finishing shop in the upper floor of his workshop, having decided to manufacture water closets.

Invention and innovation – building the business

Shanks set to work developing a water closet with a plunger valve and a ballcock to fill up the basin, for which he took out his first patent around 1864. Shanks’ nephew remembers being told that his uncle had had to pawn his gold watch to pay the patent fees. The design became known as the ‘No. 4’ and superceded the old pan closet. It became very popular all over the country. So successful was it that John decided to build a new brass foundry to expand the business.  This was done around 1866, and the new building became known as the Tubal Foundry. The name was seemingly suggested by his brother, a religious man, who took the name from Tubal Cain, the first artificer in brass and iron according to the Bible.

Business opportunities were available not only at home, but also at sea. In the 1860s, ships’ toilets had to be above the waterline in order to flush, which was inconvenient for the vessel’s general workings. Shanks took out a patent in 1865 for an under-waterline closet for use in ships and yachts. The design, which became known as ‘No. 39’, was excellent, and was fitted into many ships. It was the basis for the large shipping trade of Shanks and Co. Ltd and remained popular for many years to come.

By now John was the company’s innovator, having taken out around one hundred patents by 1894. However, his inventions and improvements were not always welcomed wholeheartedly. In The Annals of Barrhead, the author remembers a visitor to the town distributing leaflets which condemned the water closet as an ungodly innovation!

John was followed into the business by other family members over the years, as Shanks became known as clever inventors who patented many new processes. By the end of the century the firm occupied a seven-acre site and employed six hundred men.

John Shanks had several interests outside of the workshop and factory. He was a Conservative supporter until the Home Rule Bill, after which he became a Liberal Unionist. He was president of the Barrhead Evangelical Union and manager of the United Presbyterian Church. An active member of the temperance movement led by Reverend William Clark, he was elected to the first Neilston Parish Council in 1895, in the last year of his life.

He was married twice, to Isabella Mills and then Jessie Turnbull Smith. His son John followed him into the Shanks business when he was old enough to do so.

At his death on 18th December 1895, his share in the company was valued at £18,000. John Shanks did not forget his workers in his will: employees who had been with the company for six months on the day of his death were given an extra day’s pay.

“He foresaw great possibilities for the business, and if he – and the rest of us who were conducting the affairs in the early days – had had more knowledge of business, and more skill in manufacturing, his ideas would have been achieved at a much earlier date. However, to his courage and ingenuity is due much of the success that has already been achieved” (3). His nephew’s words are a fitting tribute to the erstwhile Paisley plumber with big ideas.

John Shanks was born in 1826, in Paisley, and, after serving an apprenticeship with plumbers Wallace and Connell, went into business in the town as a plumber in his own right. However, despite initial success, this was not how he was to make his name. After opening a second branch in Barrhead, which was opposite South Church on Barrhead, and closing his original premises on Paisley’s High St, Shanks established a brass foundry above his Barrhead shop. Now Shanks was able to take advantage of the rapid improvement of the sewer system that was occurring in the area. This was to be the beginning of his long and industrious career in Barrhead.

After initial success, Shanks erected a larger base of operations which he called the Tubal Foundry in 1866. This eventually became a site of great importance to the people of Barrhead, as a centre of industry in the area and an employer of many local people. The site of the Tubal Works was near where Barrhead Library is now, and it is marked by a blue plaque as part of the town’s heritage trail.

Although Shanks died in 1895, his business remained in his family for a century, initially being taken over by his son, also named John.

Indeed, under the stewardship of his successors, Shanks went from strength to strength, opening another factory at the end of Victoria Road: the Victoria Works.

Such was the quality of Shanks goods the company won many awards for its designs, which in turn brought the company the reputation it deserved. 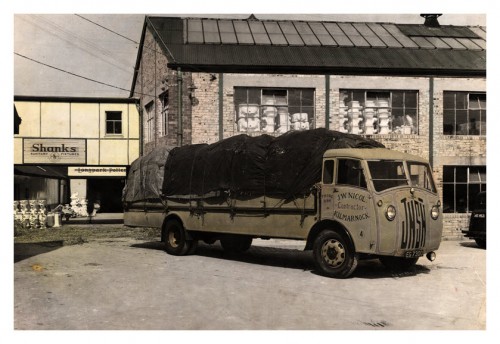 Apprenticed as a plumber with Wallace and Connell, Glasgow

1851 started his own business at 32 High Street, Paisley, as a plumber and gas fitter.

1853 Opened a branch in Lowndes Street, Barrhead, before moving to larger premises in Main Street

1860 Shanks established a brass foundry and finishing shop in the upper floor of the premises so he could manufacture water closets; bought cast-iron components from George Smith and Co of Glasgow, and earthenware closet basins came from J. M. P. Bell of Glasgow.

1863 Patent on a water closet with a plunger valve to release the waste and a ball cock to refill the basin.

1871 patent for a combined supply, waste, and overflow fitting for a bath; another for an overhead water closet cistern.

1873 To reduce his dependency on Smith and Co., Shanks started his own iron foundry.

1878 Shanks had resumed active business. A new partnership was organised with the two brothers having equal shares. Appointed an agent in London; showrooms were established at 46 Cannon Street.

1877 patent on sanitary ware, water closets and cisterns, and cast-iron bath with a shelf incorporating the waste and overflow, and lavatory washbasins.

1881 Patent on a bath tap with a flexible tube and perforated rose for providing a shower or spray bath; another on a syphonic water closet cistern.

1885 Patent on a valve closet with two discharge valves for use on ships.

1892 Patent on a close coupled water closet – arguably his most important and original contribution to the development of the water closet.

1894 Shanks patented a jet syphon closet that flushed the closet using a jet to charge a syphon that drew the waste from the basin instead of relying on the sheer force of the flush. Shanks was just ahead of two chief main rivals with his patent: Thomas W. Twyford and George Jennings patented their versions a few months later.

1898 The company was registered on 2 December, to take over business of sanitary engineers, of the firm of the same name.

1902 Established its own fireclay works — the Victoria Pottery

1918 acquired the earthenware manufacturers J. and M. Craig of Kilmarnock.