The exact location of these brickworks is uncertain but it is believed to have been on the banks of the Firth of Forth near to the Alloa/ Craigward Brick and Tile Works. See below.

Below – 1825 – Alloa Brickworks. Alexander Bald. So there are references to 2 x brickworks and a Tyle Work. From the info below it is likely George Christie was running 2 sites and George Cockburn the other (Note – SBH – Further research is required to establish who George Cockburn was and which site he was working – Many thanks to Andrew Wood for this information). 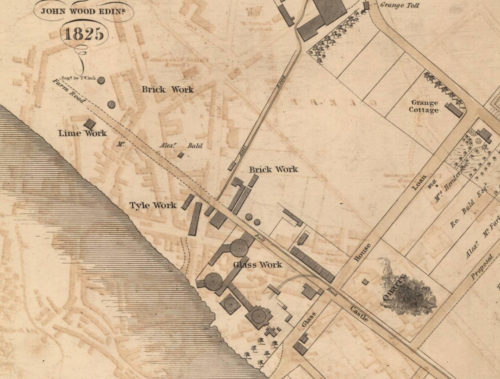 In 1836, John Christie transferred his share of the AGNES to George Christie.

In 1845, George Christie transferred his share of the AGNES to John Christie, Brick & Tile Manufacturer of Stirling.

In 1848, George Cockburn died and his share of the AGNES was transferred to John Christie, Brick & Tile Maker of Stirling.  (Was this the year that Alex Bald took over the Alloa brick works?  The map shows that there may have been two brick works.  Alex Bald’s name is shown between them.  He also had the timber yard next to Duncanson’s ship yard.

According to the 1826 Loyds Register of Ships the AGNES was a coaster probably used for carrying bricks & tiles to Leith, Grangemouth, Aberdeen etc.  The ships Master was Donaldson and the owner was Christie & Co.

Below – See the relationship between Duncansons Shipyard and the Christie Brickworks. Note Alexander Bald has the Wood Yard at this time. 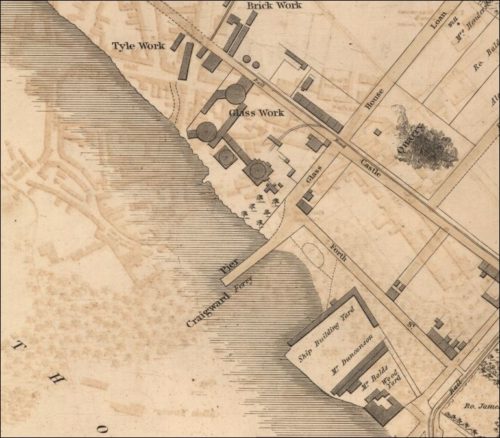