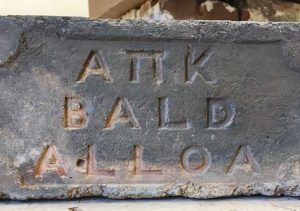 Many thanks to Vladimir Smirnov for the following information.

This brick was found in St Petersburg, Russia by Georgiy.

All known bricks marked BALD, are accompanied by the initial ‘A’  – A. BALD.

The top line has 3 Russian Cyrillic letters which translate to A P K.

If this brick is an original BALD product manufactured in Scotland then the top line of Russian letters could easily be some form of advertising in order to encourage further Russian sales. Apparently, the lettering does not make sense in Russian but this may simply have been a mistake on the translator working for Mr Bald.

It could, however, be a forgery, manufactured elsewhere than in Scotland. In saying that the style and size of the lettering, the shape of the frog with the scalloped corners and the colour of the brick are very very similar to an original Bald brick. 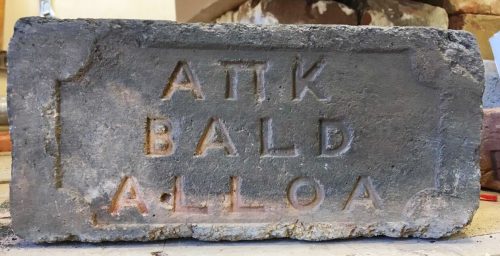