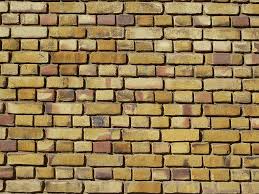 Brick is a ceramic structural material that, in modern times, is made by pressing clay into blocks and firing them to the requisite hardness in a kiln. Bricks in their most primitive form were not fired but were hardened by being dried in the sun. Sun-dried bricks were utilized for many centuries and are used even today in regions with the proper climate. Examples from approximately 5,000 years ago have been discovered in the Tigris-Euphrates basin, and the ancient races occupying this region may have been the first users of brick. In Babylonia, there was a lack of both timber and stone, and the thick clay deposited by the overflowing rivers was the only material adaptable to building. The Persians and the Assyrians used sun-dried blocks of clay for walls of great thickness, facing them with a protective coating of fired bricks. The Egyptians and the Greeks used bricks only to a limited extent, as they had access to plentiful supplies of stone and marble. The Romans manufactured fired bricks in enormous quantities and gave them an important role as a basic structural material in buildings throughout the Roman Empire. Bricks played an important part in early Christian architecture until the decline of the empire. Whereas the Romans had usually concealed their brickwork beneath a decorative facing of stone or marble, the Byzantines devised a technique for exposing the bricks and giving them a full decorative expression. This technique influenced the Romanesque style and brought especially good results in Lombardy and in Germany, where bricks came to be arranged in immensely varied patterns. Since the Middle Ages, brickwork has been in constant use everywhere, adapting itself to every sort of construction and to every change of architectural style. At the beginning of the 19th cent. mechanical brick-making processes began to be patented and by the latter half of the century had almost entirely replaced the ancient hand-fashioning methods. Contemporary American building bricks are rectangular blocks with the standard dimensions of about 5.7 x 9.5 x 20.3 cm. Good bricks are resistant to atmospheric action and high temperatures and are more durable than stone. Where heat resistance is especially important, fire bricks are used; these are made of special refractory clays called fire clays and are fired at very high temperatures.

Bricks have been around for a long time – in fact, they were introduced by the Romans into this country, and by the Middle Ages, they began to be used in churches and other important buildings. After a lot of wooden houses were burnt down in the Great Fire of London in 1666, many houses were rebuilt in brick. They became even more important during the Industrial Revolution and it is only in the last 50 years that use has declined because of the increasing importance of concrete and other cement-based materials in building factories, bridges and houses.

Most clays will make reasonable bricks. Once the clay has been dug out, it is ground and mixed with enough water to allow it to be shaped to form “green” bricks. These are then dried slowly and then fired in a kiln at somewhere between 1000 and 1200°C.

At these high temperatures, the clay is “metamorphosed”. All the water is driven off, and new anhydrous minerals are formed, which are stable at high temperatures. Kaolinite breaks down to form aluminosilicates such as the mineral mullite and quartz. This is a kind of dehydration reaction. Once they have been fired, the bricks contain an interlocking network of long, thin mullite crystals, quartz, and some supercooled liquid (glass) which make the brick hard and strong. Where does the colour come from? Most natural clays contain iron minerals, either oxides or hydroxides. Iron can exist as ferrous iron in the reduced state (iron II), in which case it forms dark grey oxides and hydroxides, and this causes some sediments to be dark in colour. After firing, however, this iron may be oxidised to the iron III state, or ferric state, which forms the red-brown iron oxide hematite.

Other minor metal constituents in natural clay include Ca+, Na+ and K+, and these can cause melting by forming silicate liquids which speed up the alteration of the clay minerals. This silicate liquid cools to give a glassy coat to the particles and helps to make the brick hard. The amount of liquid has to be kept low to stop the bricks from going a funny shape or fusing together. On the other hand, if high strength bricks are needed, e.g. for building railway bridges, a relatively high proportion of the brick is allowed to melt under reducing conditions (giving a blue-grey brick), so that the pores are sealed by glass, giving an impermeable, much stronger brick. This type of brick used to be used in the nineteenth century for damp-proof courses in houses. Old bricks fired at low temperatures may remain porous and permeable, and let damp come in through the walls.

Brick production and uses of bricks

The output of bricks has changed enormously between 1948 and today. For example, the total output of bricks in 1990 was about 4 billion, whereas, in 1965, the output was 8 billion. The main use for bricks is house-building, which has dropped dramatically since the 1960s. This is probably because of the substitution of other materials (e.g. cement-based blocks), and because building regulations dictate higher standards of thermal insulation than before, so lightweight blocks are made from a variety of other materials. These have a high porosity, which gives better insulation, and they are also, therefore, lighter, so they can be manufactured into much bigger volumes than a standard brick. Walls made of these bigger blocks are cheaper and quicker to build than ones made with conventional bricks.

Past and future use of bricks

As well as being used for house building, the Victorians used enormous quantities of bricks for other purposes, many of which were engineering bricks, e.g. warehouses, factories, mill chimneys, and railway viaducts. These bricks were often made from Carboniferous clays and shales, which were plentiful around the industrial centres of the British coalfields. One of the reasons for the decline in the number of bricks being used is because of substitution (prior to the 1950s, bricks were still used for load-bearing walls, but high rise flats and offices now tend to use a frame made out of steel or concrete to carry the structural load, and quite often even the walls are made out of other materials, either concrete, glass or other non load-bearing material. Where bricks are used, they usually form a layer only 1 brick thick. Whereas the Victorians used bricks for their railway viaducts, motorways built today use concrete for the motorway itself, the bridges and retaining walls. Airport runways also use vast amounts of concrete.

Another example of substitution in the use of brick-making clays is the manufacture of roof tiles. Nowadays, few houses have roofs that are made of clay tiles, or slate for that matter, because they have been replaced by cement-based tiles. Underground, the Victorian sewers were largely brick-lined, and smaller pipes were often made of earthenware. Large diameter pipes are made of concrete or cast iron, and smaller diameter pipes are made of plastic.

The biggest user of bricks remains in housing, and reserves of brick clay are not a problem in the foreseeable future.