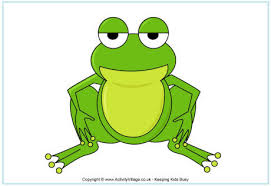 The brick frog is the indentation in a brick, normally where the maker’s name is stamped.

The vast majority of bricks made with frogs are for the building industry. Refractory bricks were not made with frogs as a tight fit between bricks was required and with the minimum of cement being used. The cement was the weak point of a furnace with regards to suffering thermal damage. Likewise, pavers did not have frogs as they would have simply collected water and turned your paved area into a pond or skating rink!

Well, there are many theories here. I note some below (please let me know if you have any others):-

1. Frogging originates from the ancient Egyptian custom of creating hollows in their Nile clay bricks, in which they interred live animals, usually young,  as building work progressed. Historians are divided on the reasoning. Traditional Egyptologists favoured the after-life scenario whereby the animals assist the pharaoh. Both the ancient Egyptians and the Mesopotamians saw the frog as a symbol of fertility and life-giving.

2. The indentation in a horse’s hoof is called a frog and in early bricks, the shape of the indentation may have appeared to resemble this shape. 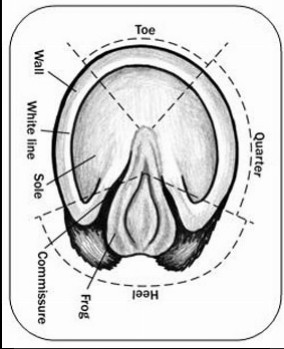 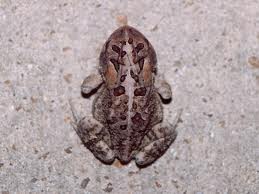 3. The bumps in the bottom of a brick mould, designed to force clay to the corners, looked like crouching frogs. – a major problem for all early brickmakers was ensuring that the thrown clay-filled all the corners of the mould. The answer was found in a clever development on the stock board in pallet moulding, however, the exact date of its introduction is unknown but it is thought to have been around the late 18th century. This basically was the introduction of a raised block or kick being fixed to the stock board to form the frog or recess at the bottom of each brick.

4.  The most popular reason is that the wooden bumps in old brick moulds were called  “kickers” because they kicked out the ‘green’ clay towards the edges of the mould. It’s not clear which influenced which, but somewhere along the way the English word “kicker” became confused with the Dutch word “kikker”, which translates to “frog”.

5. One of the meanings of “frog” is a thing used to hold or fasten something as in a loop or other attachment on a belt to hold the scabbard of a sword.  The frog in the brick helps better adhesion of the cement and therefor a better bond between bricks.

6. There is also this suggestion – As a bricklayer, I’ve often asked older brickies why a frog is called a frog all to no avail. The most logical answer I’ve heard is the indentation (frog) is there to reduce the amount of clay in the making of the brick, (whilst still maintaining the strength of the brick). Therefore the brickmaker is being “frugal” with the clay and frog is a play on the word frugal.

Why do we have brick frogs?

Brick frogs make sense for several reasons: for one, creating an indentation in the brick saved the brickmaker material. In other words, by creating a small recess in the brick, the brickmaker could make more bricks with the same amount of clay without sacrificing the size or quality of the finished product. It also reduced the drying and firing time of the bricks.

The recess also made the bricks lighter and easier to grasp. Frogs also created an extra recess for the mortar, resulting in a stronger bond between bricks.

The frog indentation also provides a very suitable location to stamp the maker’s name into every brick produced. This, in fact, is evidence of the first use of a manufacturers logo ( normally makers initials, surname or place of work) to be used on mass-produced products.

Matthew Johnson, London deliberates ” I have another theory that you might want to consider. I have been renovating a 16th fireplace and chimney that uses shallow red bricks, obviously with frogs. Before starting I had managed to source a quantity of old frogless bricks but they were slightly thicker and so I was unable to use them. When I tried to cut the extra depth off I was only able to remove the edge but the central area wouldn’t budge without breaking the brick. I was working without power tools. When I got hold of some bricks with frogs, I was easily able to remove the depth and not worry about the central park as it was removed already. So my theory is that when the industrial revolution began making bricks, they incorporated the frog so that their standardised bricks could also be used for the narrow gauge bricks which were prevalent at the time. It would help them with their profits. If you try the experiment you will understand how simple it is to make 65mm become 55mm.