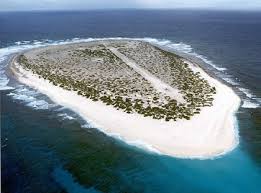 In 2008 a French archaeology team were excavating in and around the Madagascan Islands. They were involved in a search for the French slave ship L’utile and the abandoned souls left to survive on a desert island. The story for those that are interested is detailed below. However, during the search, partial Gartcraig bricks were found as per this diary entry dated 29th October 2008

‘We open a new zone of search of four meters by four, to the east of the zone opened in 2006 around the habitat of the Malagasys shipwreck. The superior layer, in a zone where a velvet maker pushed, is a mixture of sand and of pads of coral, which returns the slow and difficult progression. We will need more than two hours to come to the end.  It contains some framework nails, small pieces of copper, fragments of ceramic and several fragments of bricks that we know well:  Marked Gartcraig, they were made by Gartcraig Brickworks in Glasgow, Scotland, between 1876 and 1914, and originate very probably from the non identified shipwreck that produced itself in the south of the island.’ ( apologies for the dodgy translation)

This is the story…

In 1776, 57 years after Daniel Defoe wrote Robinson Crusoe, eight people were rescued from a tiny, treeless island in the Indian Ocean. Seven of them, all women, had survived on the island for 15 years. The eighth, a baby boy, was born there.

The women were the remnants of a group of 60 people who were shipwrecked and then marooned on a scrap of coral and sand in 1761. They were abandoned and then forgotten, 300 miles from the nearest land, for a simple, brutal reason. They were slaves.

Now, 230 years later, a team of French archaeologists has spent a month searching the wreck of the ship and excavating the flat, shelterless island. They have uncovered some of the secrets of how the castaways clung to life – and developed an elaborate community – on a fragment of near barren land, frequently swept clean by typhoons.

The archaeological investigation, sponsored by Unesco as part of its year commemorating the struggle against slavery, set out last October and November to uncover an almost-forgotten story of man’s inhumanity to man. It discovered an extraordinary tale of human tenacity, determination to survive and capacity to organise in the face of adversity.

A French ship, carrying an illicit cargo of slaves, foundered near the island of Tromelin, east of Madagascar, in July 1761. At least 20 sailors drowned. So did 70, or more, of the slaves, trapped below deck because the hatches had been closed or nailed down.

After six months on the island, the remaining sailors completed a makeshift craft and escaped. They promised to return for the surviving slaves but did not.

The castaways never gave up hope. They kept the same fire going for 15 years, with driftwood and wood from the wreck. They built houses from blocks of coral and impacted sand (the remains of which have been uncovered by the archaeologists). They built a communal oven. They survived on a diet of turtles, seabirds and shellfish.

Max Guérout, a marine archaeologist and former French naval officer, who led the expedition, said: “These were not people who were overwhelmed by their fate. They were people who worked together successfully in an orderly way.”

“We have found evidence of where they lived and what they ate. We have found copper cooking utensils, repaired, over and over again, which must originally have come from the wreck of the ship.”

“It is a very human story, a story of the ingenuity and instinct for survival of people who were abandoned because they were regarded by some of their fellow human beings as less than human.”

Much remains to be found and M. Guérout hopes to lead a new expedition to Tromelin – once known as L’Ile du Sable, or Sand Island – next year.

M. Guérout has also followed a paper trail through the French and British archives of the period. He discovered, among other things, the logbook of the Utile (Useful), the French ship which was wrecked on the island in 1761 with at least 150 illicit slaves aboard.

The island, claimed by both Madagascar and Mauritius, has been the site of a French meteorological station since 1953. In 1761, it was just an uncharted speck in the Indian Ocean.

In November of the previous year, the Utile, a former French warship, belonging to the French East India Company, set sail from Bayonne in southwest France bound for the “Ile de France”, now Mauritius.

France was fighting the Seven Years’ War with Britain at the time. The governor of Ile de France was expecting an attack from India. He had banned the import of slaves, fearing they would be further mouths to feed during a siege.

The captain of the Utile dropped anchor at Madagascar nonetheless and bought at least 150 Malagasy slaves. When the ship resumed its journey eastwards, it was caught in a violent storm and ran aground on the submerged coral reef which breaks the surface as the island of Tromelin.

A terse, dramatic account of the shipwreck, written by the ship’s official log keeper, Hilarion Dubuisson de Keraudic, was discovered by M. Guérout in the maritime archives at Lorient in Brittany.

“The coming of day and the sight of land, which diminished our terrors, reduced none of the furies of the sea. Several people threw themselves into the water with a line to try to reach the land, to no end. A few reached the shore … We had to haul some others back over the debris, where they drowned.

“We were terrified all the while because the [shattered] stern of the ship, on which we were standing, opened and closed at each moment, cutting more than one person in two.”

Eventually, the ship turned its stern towards the shore, allowing the sailors to establish a rope-way to the island.

“All the remaining Gentlemen and crew were saved. Our losses were only 20 white men, and (two gentlemen) and many blacks, the hatches being closed or nailed down.” The logbook goes on to imply that almost a third of the 88 slaves originally rescued died because the sailors kept the meagre water supplies to themselves.

“We made a big tent with the mainsail and some flags and we (i.e the gentlemen) lived there with all the supplies. The crew were placed in small tents. We started to feel very strongly about the shortage of water. A number of blacks died, not being given any.”

After a couple of weeks, the 122 “gentlemen and sailors” managed to dig a well. At the end of six months, they constructed a small sailing craft from the wreckage of their ship.

The makeshift boat was big enough for the gentlemen and sailors but not for the 60 remaining slaves. They left the captives with some food and promised to return. The Frenchmen reached Ile de France and tried to keep their promise, according to the logbook and other French records found by M. Guérout.

The governor of the island, an official of the French East India Company, refused to risk the loss of another ship for a group of unwanted and illicit slaves. There was a brief, public controversy in Ile de France. Several local dignitaries tried to persuade the governor to change his mind. He refused. The slaves were forgotten for 15 years.

How did they survive in such an inhospitable place? They had water from the well dug by the sailors. They had some basic cooking implements. The island is, to this day, a breeding ground for turtles and seabirds.

M. Guérout, the creator of the Groupe de Recherche en Archéologie Navale, was, however, determined to find out more.

Colleagues warned him that little was likely to remain in the thin soil, or sand, of a flat island that lies in the path of the annual cyclones which sweep westwards across the Indian Ocean. Tromelin is almost literally a “desert island”, with a few low bushes but no trees.

M. Guérout insisted that much must remain. He found intriguing references to visits to the island by Royal Navy vessels during the 19th century. The British sailors recorded seeing the remnants of “stone” houses and neatly arranged graves.

A team of 10 French archaeologists and divers lived on the island from 10 October to 9 November last year. Their findings have just been published.

Dives on the wreck of the Utile produced many interesting objects but nothing to advance the story. Digging in the shallow sand and coral of the island produced significant finds.

M. Guérout and his team uncovered the walls of elaborate dwellings, constructed from blocks of coral and from cement-like blocks of compacted sand. They found a large oven. They found remains of the turtles, birds and shellfish eaten by the castaways.

They found copper cooking utensils which had been repaired over and over by the marooned slaves, one of them at least eight times. “They mended them with other pieces of copper, using hand-made copper rivets, forged in the fire of the oven. We even found some of the rivets,” M. Guérout said.

The archaeologists failed, to their disappointment, to find the graves mentioned in the Royal Navy records. “They are certainly still there,” M. Guérout said. “When we return next year, we will bring better digging equipment and we will find them. Apart from anything else, the island provides us with a unique opportunity to study how a small group of people survived when plucked from their surroundings and left in hostile conditions. Mankind has always been a migrant creature and the island can help us to study the human capacity for adaptation which makes migration possible.”

But what happened to the eight known survivors of Slave Island? Actually, there were at least 14 survivors and maybe more.

M. Guérout found French records of the official “debriefing” of the women removed from the island in 1776. They told their French rescuers that, at some point, a group of 18 of the Malagasy castaways made a raft or small sailing boat and left the island. It is not known whether they reached their home island 300 miles to the west or were lost at sea.

In 1776, a French sailor was shipwrecked on the island after spotting the slaves and trying to reach them in a small boat. He helped them to construct a raft and escaped to Mauritius with six people, three men and three women. Soon afterwards, a rescue ship arrived, captained by a nobleman called Tromelin. He gave his name to the island and removed the final group of eight survivors, including a family group of grandmother, mother and child.

By then, a new, more humane governor in Ile de France, appointed by the King of France, not the French East India Company. He insisted that the slaves were not slaves but free people since they had been bought illegally. He adopted the family of three and gave the baby boy the name Jacques Moise.

“Jacques” was the governor’s own Christian name. “Moise” is the French form of Moses – a baby rescued from the water.

What happened to little Jacques Moise and the others after that? M. Guérout has searched the records in France and Mauritius without success. He believes that the two groups of known survivors from “sand island” – 14 in all – must have merged into the community of freed slaves in Mauritius. Their descendants are probably living there to this day.

Below – A photograph of the recovered Gartcraig bricks courtesy of Guerout/GRAN.

Max Guerout also states that a brick marked ATLAS (Atlas Brickworks, Bathville, Armadale, West Lothian.) was recovered by someone prior to the archaeological missions. This is a link for further information – Tromelin