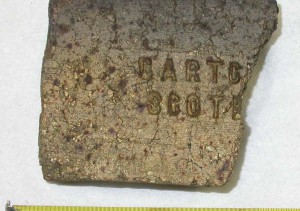 William D. Huntley operated a sawmill on Huntley Brook, on the western side of the current Route 358. This mill first appears in public records in 1846 when a half interest was sold to Asa Huntley (Jess 1941:18). Today the mill site is overgrown with shrubs and young trees. The original mill pond still exists on the eastern side of Route 358. When the mill was in operation, a sluice from the pond ran under the road (which ran along the mill dam) and the water fell onto an overshot wheel. Logs from the pond were pulled over the road to the mill. Remnants of cribwork were recorded during the survey, which may have been part of the original sluice. Bricks collected at the same location were impressed with “Gartcraig Scotland.” These were produced by Gartcraig Brickworks in Glasgow sometime between 1876 and 1914. 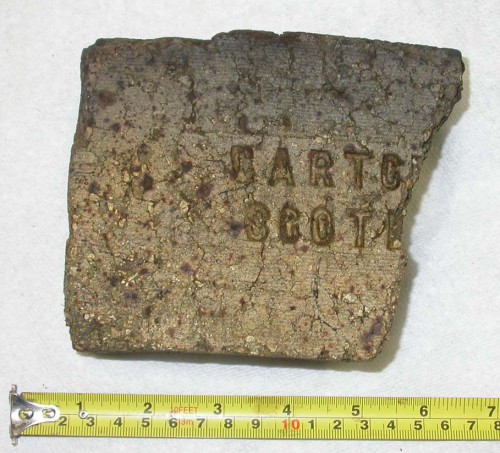 Below – A photograph of the pond and a portion of the mill indicates that it was still in operation in the early twentieth century. 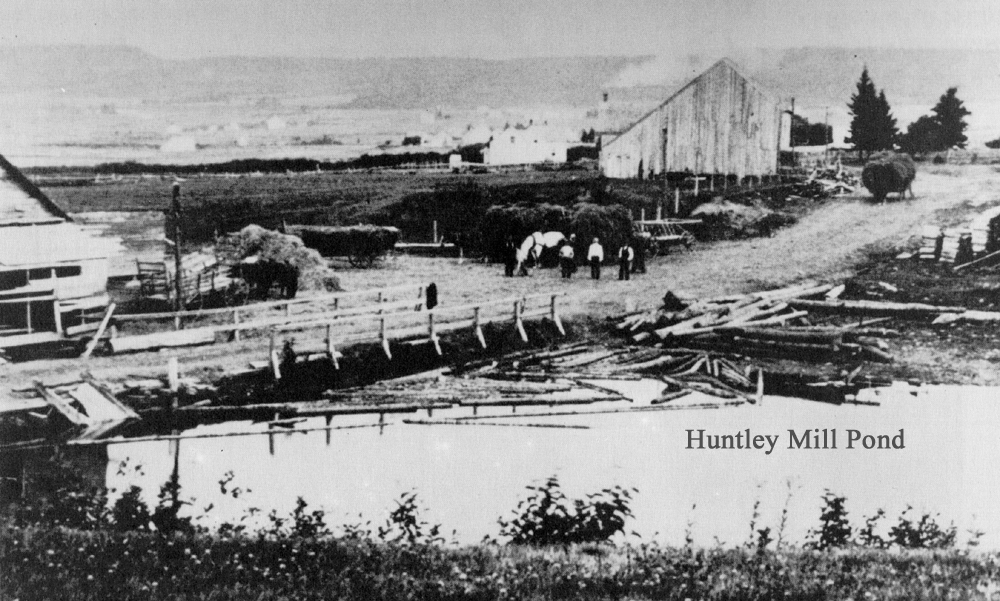