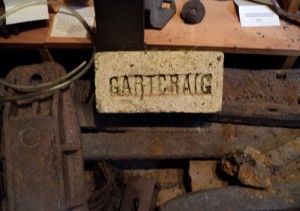 This lake was owned, at one time, by a Mr Chamberlain who was a senior manager of J.R. Booth Lumber Company whose headquarters was at Ottawa, Ontario Canada. Mr Chamberlain built a summer mansion at Victoria Lake.

The building has over time deteriorated to a point it has now collapsed. The fire brick was found at the location of the fireplace.

This building was originally built between 1896 and 1897. John Rodulphus Booth (1827-1925) at one time owned the largest privately owned logging and railway business in the world.

It is believed that the ‘cream’ coloured bricks in the fireplace photo are all Gartcraigs. The maker of the ‘red’ bricks is unknown at this time. 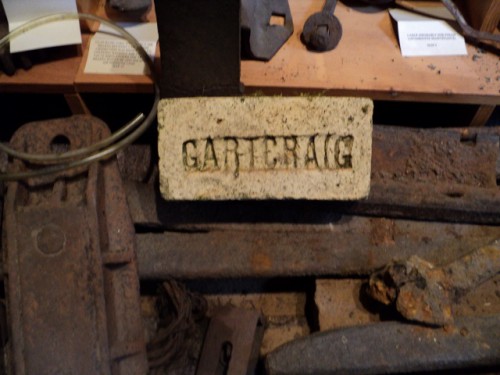 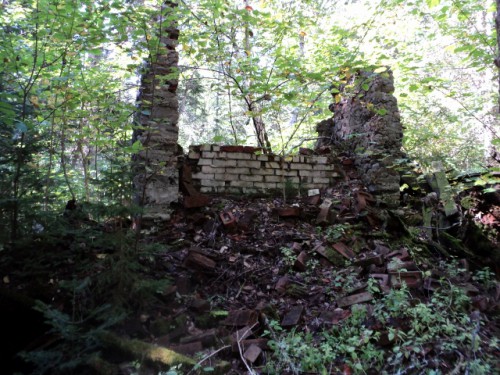