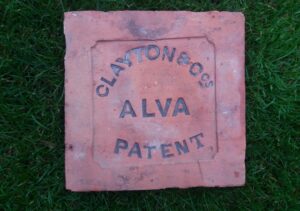 Found in Alva by Gordon Wyle.

This is a large floor tile and very similar to the Alloa floor tiles – click me.

Note the last ‘T’ is different to the rest of the letters in that it has serifs and the others do not.

I do not believe Clayton & Cos is the tile manufacturer. I believe this is the name of the company that made the tile/brick making machine – Henry Clayton, Son and Howlett of Atlas Works, Harrow Road, London.

There are many examples of brick stamped Clayton & co on one side and the brick manufacturer on the other. I believe this was a marketing ploy either by Henry Clayton themselves to promote their machines or by the brickmakers who were keen to let the world know that their bricks were made on a Clayton machine and thus perhaps of a better quality than other bricks.

This brick was very likely manufactured at the Alva brick and tile works but by which individual? 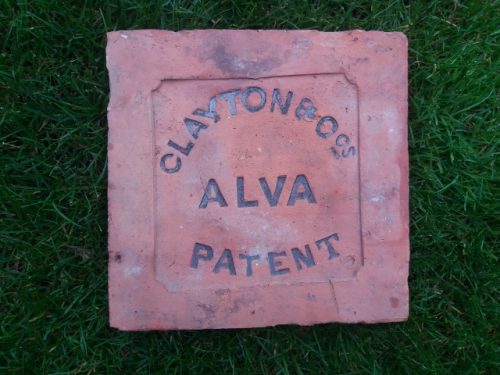