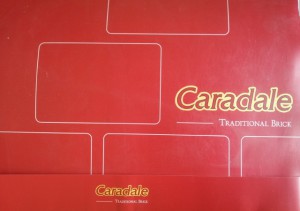 18/10/2011 – Edinburgh Gazette – Caradale Brick Ltd – Notice is hereby given that on 13 October 2011 a Petition was presented to the Court of Session by Caradale Brick Limited, 144 West George Street, Glasgow G2 2HG craving the Court inter alia that Caradale Brick Limited having its registered office at 144 West George Street, Glasgow G2 2HG (“the Company”) be wound up by the Court and that an interim liquidator be appointed; in which Petition the Court of Session by interlocutor dated 13 October 2011 appointed all persons having an interest to lodge Answers thereto within eight days after intimation, advertisement or service, and eo die appointed Stewart MacDonald, insolvency practitioner of Scott-Moncrieff, 25 Bothwell Street, Glasgow G2 6NL to be Provisional Liquidator of the Company with the powers specified in Parts II and III of Schedule 4 of the Insolvency Act 1986, of which Notice is hereby given.

13/12/2011 – Edinburgh Gazette – Caradale Brick Ltd – (In Liquidation) – I, Stewart MacDonald, Chartered Accountant, 25 Bothwell Street, Glasgow G2 6NL, hereby give notice, pursuant to Rule 4.19 of the Insolvency (Scotland) Rules 1986, that on 13 December 2011, I was appointed Liquidator of the above-named Company by a Resolution of the First Meeting of Creditors held in terms of Section 138(3) of the Insolvency Act 1986. A Liquidation Committee was established.

Creditors who have not already done so are requested to lodge formal claims with me before 13 March 2012. Stewart MacDonald, Liquidator.

Below – 2007 – A table of brickworks owned by Caradale Brick Ltd. 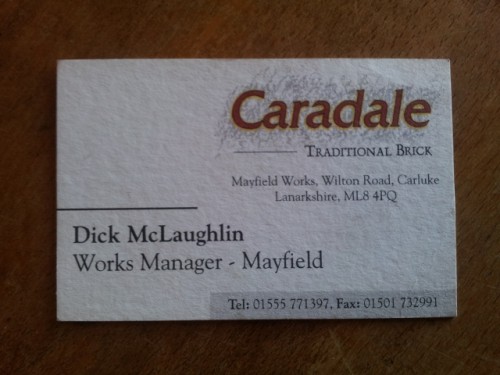 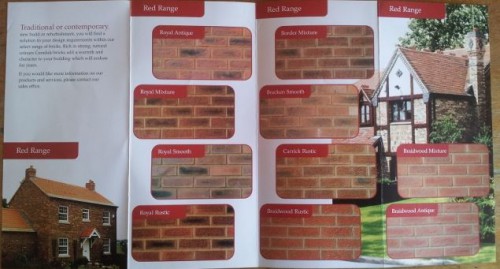 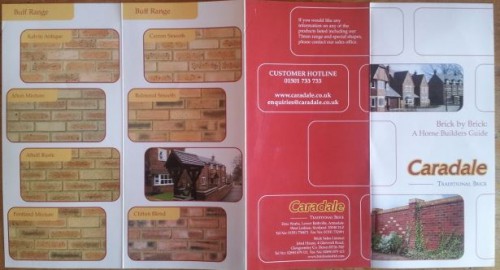