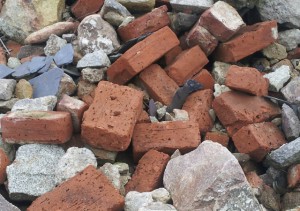 The following 2 bricks were recovered on Greyhope Bay, Aberdeen.

Unidentified makers but the find location would suggest Scottish origins  – Seaton or Clayhills?

Both bear tool impressions from a device that appears to have been pitch forked in design and used to move the bricks around. 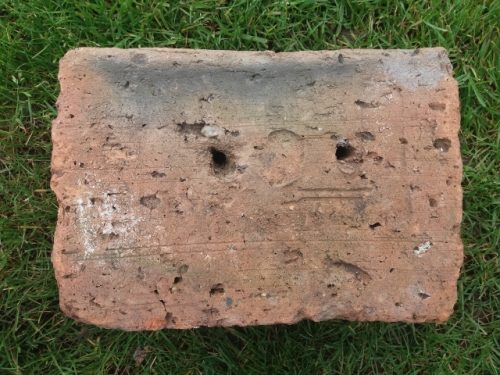 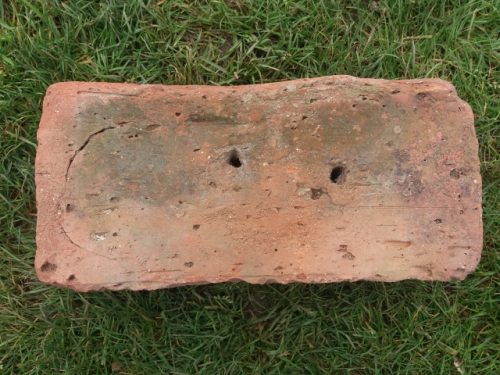 The photograph below is a close up of the top featured brick. The marks are 75mm apart on both examples and 48 – 50 mm deep on both. Note the circular shaped indentation between the 2 prong marks. This was likely a wooden shank and part of the handle for the device. The prongs would then appear to have  protruded beyond the end of the handle. When stabbed into the brick the butt of the handle prevented you stabbing in too deep? 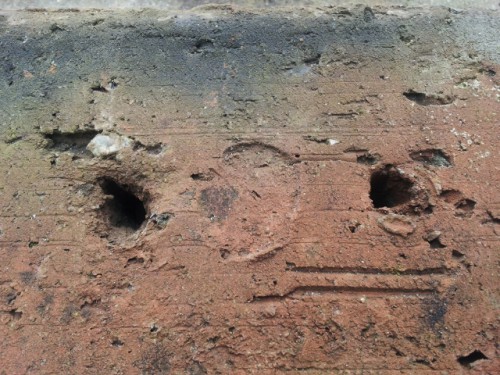 Below –  The photographed brick has 2 sets of marks  – the elongated pair were perhaps an attempt to lift the brick with the tool but it was not in correctly or it was not centralised enough with the brick, causing the brick to move on the prongs and leaving a more linear stretch mark. A second attempt was then successfully made to lift the brick as shown by the ‘normal’ shaped holes. Or possible there was a stone in the clay mix and the first attempt hit it with a prong and a wiggle motion did not allow the prong to penetrate deep enough to secure the brick hence a second attempt.

Or perhaps it was lifted twice.

Or perhaps it is a 4 pronged tool of different shaped tines.

This was left in situ. 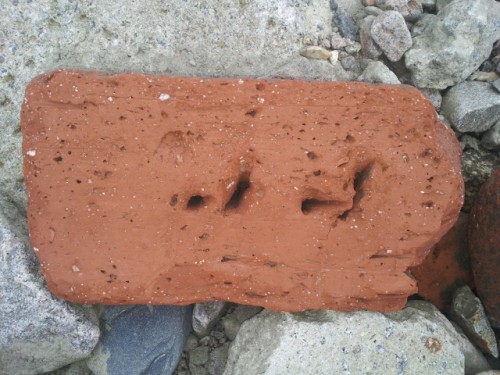