This unmarked red clay brick was found by Ian Suddaby and is interesting for several reasons. Ian states:-

Below – 1852 – 1853 – What appears to be a row of Gunpowder Mills are shown in 1853 alongside the Gore Water at Gorebridge in Midlothian, Scotland. 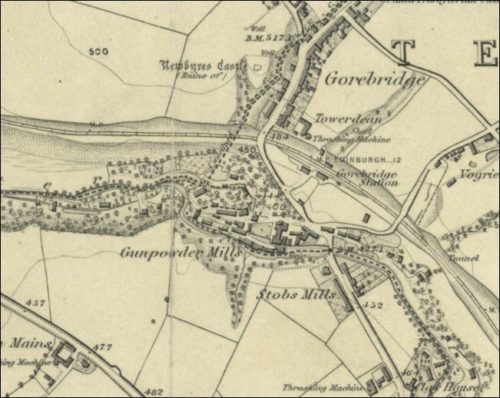 Down in the river, an impressive sandstone wall with some intriguing openings overlooks the water. I thought this would be a prime location to find some dated Arniston bricks from the 1850s to the 1870s as they were made just down the valley but I found none. In fact, the only brick worth taking was this extruded wire cut example.

I know this is another instance of a niche interest within a niche interest but early extruded bricks cut by an arc wire or blade and with five stab holes from a handling implement are interesting. In this example, the implement backing plate hasn’t left a mark on the brick. Some of the holes might be partly blocked with grit (despite my efforts) but the deepest is 2″ in depth. There are several marks on the brick which might be fingerprints and one header is misshapen, probably from excess kiln heat but possibly from heating during use. A nice addition to my collection of these bricks.

Below –  Holes from a five-pronged implement and arc wire striations 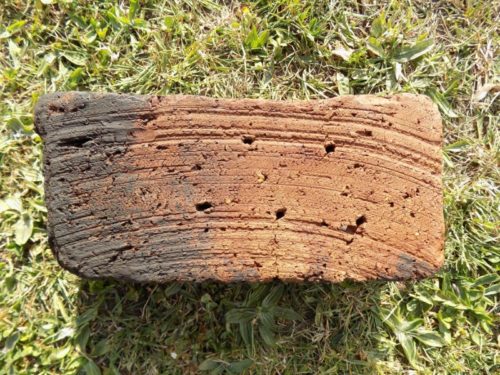 Below – The reverse, fingerprints centre-right? 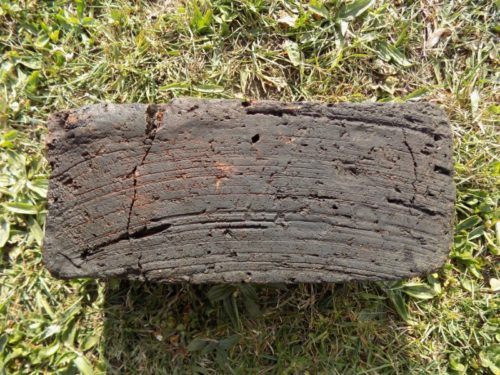 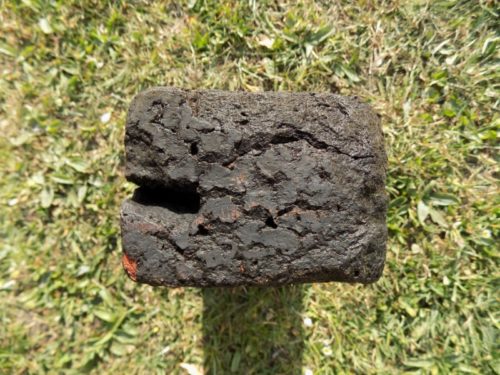 Below – Multi-phase wall, mostly relating to the Gunpowder Mills. 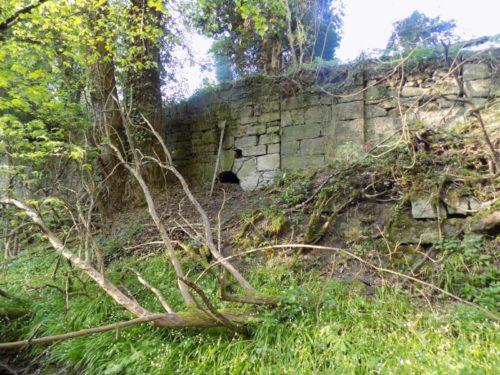