“Blochairn Sand and Fire-Clay Co started in 1877 on the North Side of Hannay Street next to Blochairn Ironworks. Brickworks consisted of 2 rectangular kilns and 5 round kilns. Closed 1889. – Source Kenneth Sanderson. ( These dates are possibly wrong given some of the information to follow)

” The Blochairn works, of Hannay and Sons, in Glasgow, was the largest in Scotland with 54 puddling furnaces and in 1872 it was producing about a third of Scottish output” Source

Below – 1858 – Blochairn Malleable Ironworks and probable location of the Blochairn Sand and Fire Clay Co. (Note the reference to kilns). 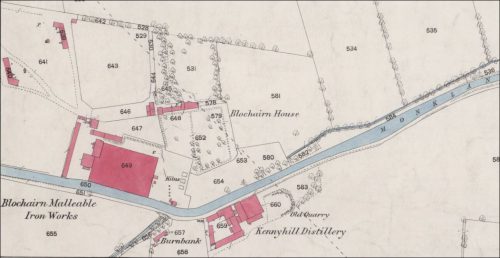 1869 – Blochairn Sand and Fire-Clay Co. (Manufacturers of all descriptions of fire bricks, blocks, covers, &c. for use in steel, iron and chemical works; also glazed & enamelled bricks and fire-clay goods of all kinds), Blochairn, Glasgow.

11/09/1874 – Engineering – Blochairn Iron Company – The liquidators (who are four of the directors) of the Blochairn Iron Company, have announced for safe, by private tender, the stocks of manufactured iron, puddled bar, pig iron, old metal, scrap, brass, copper, timber, slates, bricks, shafting etc, belonging to the company. Great regret is felt that this great concern is thus to be brought to an end.
1875 – Walter Meiklem, trustees thereof Blochairn Brickworks, Glasgow.
12/04/1875 – Glasgow Herald – Bricks, bricks, bricks for sale. Good hand made bricks well burned. Price 22s per 1000. Apply to James Meiklem, Blochairn Sand Quarries and Brickfields, 320 Garngad Hill.
1875 – 1876 – Walter Meiklem. Trustees thereof, Blochairn Brickworks, Glasgow.
28/02/1878 – Glasgow Herald – To brickmakers – The Blochairn Sand and Fireclay Company are prepared to take offers for the right of making and burning bricks on a portion of the lands of Blochairn held by them under a lease. The red bricks made from this clay are of very superior quality; and as fireclay in any quantity can be supplied on the ground, first-class composition bricks can also be made. Particulars on application.
17/10/1879 – Glasgow Herald – Moulder’s Sand Quarry and land for sale by a private bargain. The Blochairn Sand Quarry situated in the North quarter of Glasgow and the valuable ground connected therewith together with the workmen’s houses and quarry plant. The quarry has been wrought for many years and yields sand of a first-class character …
16/04/1881 – Aberdeen Press and Journal – City of Glasgow Bank Shareholders – A meeting of the creditors of Thomas Brownlie, coal and quarry master in Glasgow, a partner of the Heatheryknowe Coal Company, the Blochairn Quarry Company, the Greenhill Fire Clay Company and the City of Glasgow Bank was held in the Faculty Hall, Glasgow on Friday afternoon. It was stated the bankruptcy had been caused by the depression of the trade produced by the failure of the City of Glasgow Bank and by the difficulty in realising trade assets. The bankrupt had endeavoured as it appeared to come to a settlement with his creditors, who had received a proportion of the sums due them but he had been unable to accomplish this end …
03/11/1882 – Glasgow Herald – Granted – Blochairn Sand and Fire Clay Co with consent to erect buildings to be used as offices and gatehouse in Blochairn Road, Glasgow.
Below – 1883 – 1884 – Blochairn Sand and Fire Clay Co, Blochairn, Glasgow. 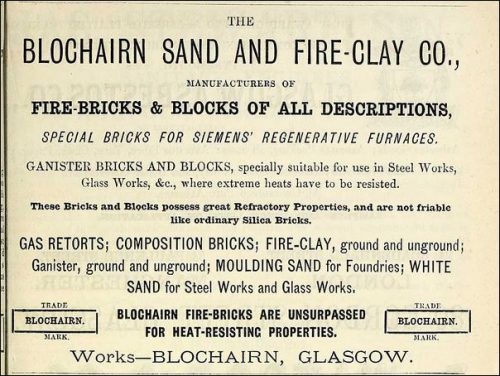 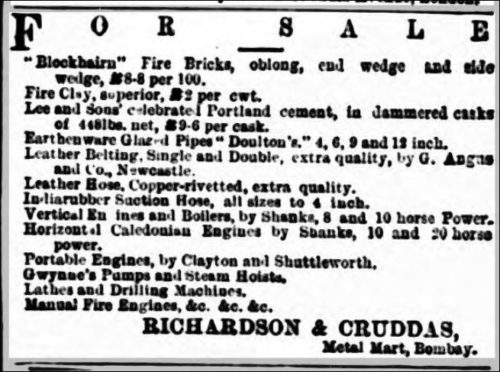 03/08/1883 – Glasgow Herald – Application granted – The Blochairn Sand and Fire-Clay Co with consent to erect brick kilns and chimney stalk on the lands of Blochairn.
22/12/1883 – Times of India – Richardson and Cruddas, merchants, Bombay, India selling Blochairn fire bricks and clay.
28/03/1884 – The Scotsman – Glasgow Dean of Court Guild  – New granted applications – The Blochairn Land and Fireclay Company to erect a chimney stalk and kilns on the lands of Blochairn.
Below-06/03/1885 – Glasgow Herald – Blochairn land for sale and reference to the existing moulding sand, fire clay and common clay operations. 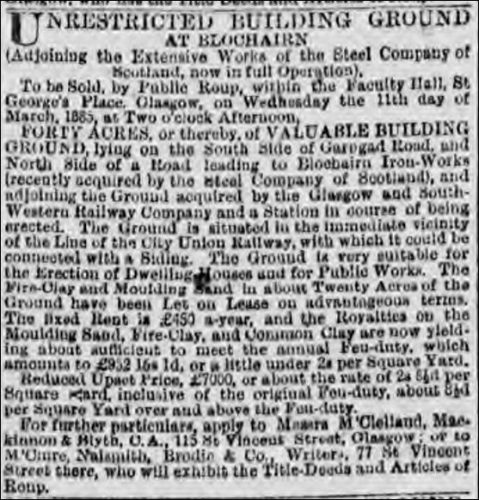 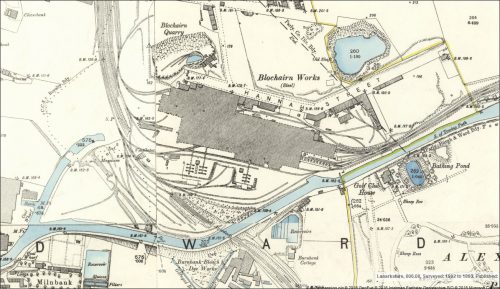 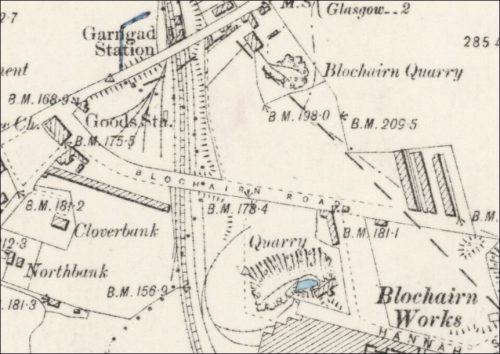 Below – c.1910 showing the view across Alexandra Park towards Blochairn Steelworks, which were constructed on the site of Blochairn Chemical Works.