18/11/1924 – Edinburgh Gazette  … then west-wards along the north side of Canal for 20 lineal yards or thereby, thence southerly, crossing the Canal to meet the southwest boundary of Blairdardie Brick & Tile Works at a point 60 lineal yards or thereby south of the south bank of the Canal, and then following southwestwards the boundary of said Tile Works continuing across Garscadden Burn … 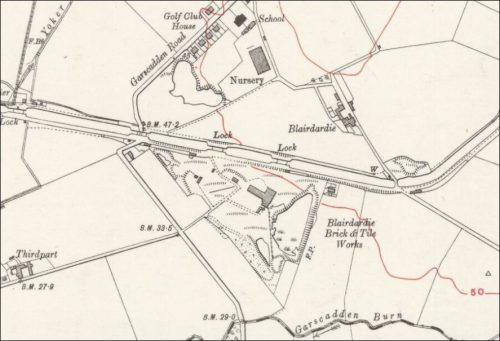 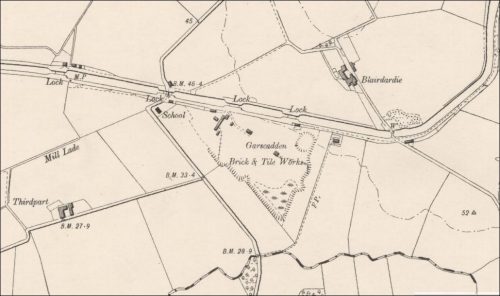 15/07/1932 – Milngavie and Bearsden – At Dumbarton Sheriff Court, on Monday, a number of men were charged with having been found trespassing on the London and North Eastern Railway a short distance from Drumchapel Station. An agent for the Railway Company said they had had a lot of trouble with trespassers on the railway line recently, and doing damage to bogeys at Blairdardie Brickworks. One; of the accused said they were walking down a path, and it was the police who chased them onto the railway. Fines 5s with 5s expenses each or seven days’ imprisonment, were imposed.