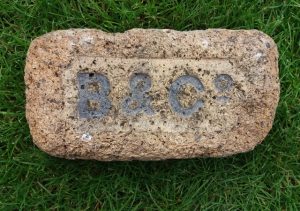 Found by Tam Moffett in Fife.

I already have this brickmark but the brick itself is slightly different in that it has  8 holes drilled through from brick edge to brick edge. One of the holes has the remains of an iron rod still within. TM has previously been in conversation with an ex-miner and the following is a possible explanation for the use of this brick.

At the bottom of a mine shaft and in particular, where the cage goes up and down transporting miners, there are often brick-built buildings but these are prone to much vibration because of the constant running of the winding apparatus. Any brickwork often cracks as a result of this. The suggestion is that bricks were reinforced by drilling holes from edge to edge and inserting iron or steel rods through them. This could be one of these bricks.

It is unusual for bricks to be built together on their edges but as space would be at a premium at the shaft bottom you would possibly build them this way to give as much room as possible. 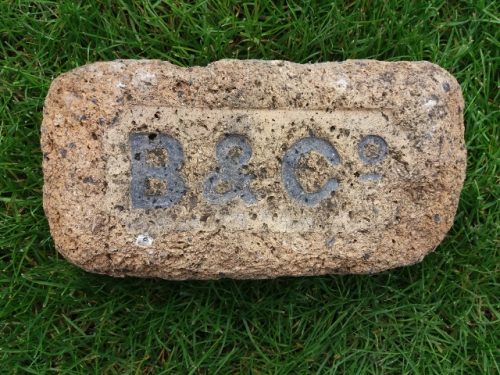 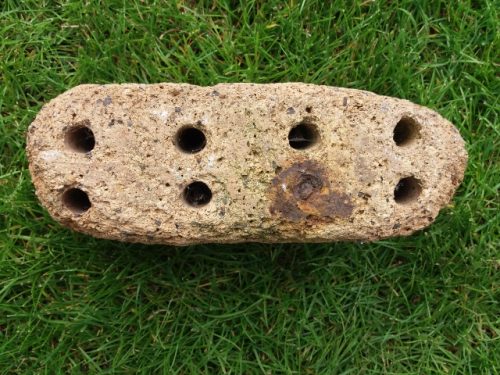