The older part was built in brick between 1892 and 1912: a range of buildings with a serrated row of roofs over arched windows at each drying chamber, the whole fringed by balconies for access. At first, making floorcloth, it expanded considerably in 1933 when it was owned by S C W S (Scottish Wholesale Co-operative Society). The reinforced concrete framework is filled with glass and brick and makes no concession to the ‘heritage’ location of a village containing Falkland Palace.

A lino works requires tall drying chambers in which to dry the freshly pressed linoleum. These have been floored across to make the works suited to other uses. Until 2013 this meant production of plastic packaging bags by the papermaker Smith Anderson and Co, based in Leslie, Fife. Raw materials were stored at the west of the complex in large warehouses clad in corrugated iron.

Below – When the site was demolished the following bricks were found on-site and collected by Jeannie Cooper. They had formed the bulk of the buildings. Unfortunately, it is not possible to say from which phase of building they originate from. 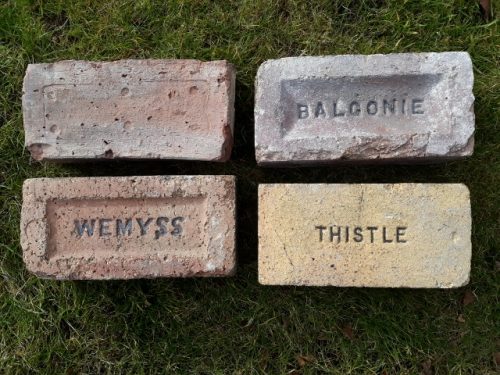 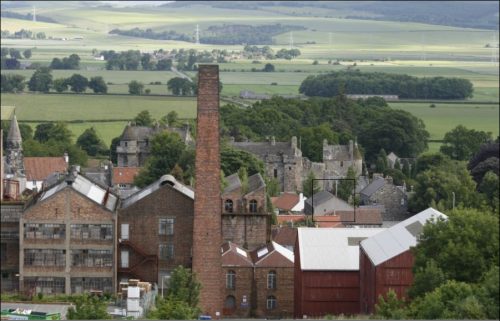 Below – Postcard image of the site. 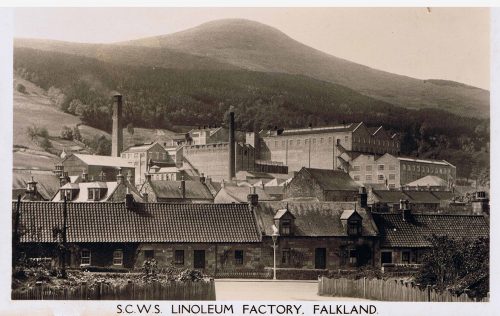