WIKI 2008 – A brickworks was situated at the Auchenmade claypit, close to South Auchenmade farm. It was served by the Caledonian Railway line that ran from Glasgow to Ardrossan via Lissens. the brickworks is marked on the 1896 OS map with its railway siding, however by 1911 the siding is no longer shown and although marked, the brickworks may no longer be working.

Information from Jim Archibald who owns the site of the Auchenmade brick and tile works. Remaining ruins of an office building c.20ft x 14ft are located near to the brickworks entrance. This is located to the NW of the site near the railway. Inside, the outline ground plan of the brick drying sheds is still clearly discernible measuring about 100ft x 30ft. The floor was of cement/concrete and the doorway surrounds of sandstone and brick. Other older stone-built wall outlines closer to the pond are becoming harder to make out due to age but must have been 2 in number. From map evidence, there was also a crane position and on the opposite side of the claypit, a drainage outlet and 2 small hut sized buildings of which there is now no trace, once stood. (Possibly holding water pumping equipment)

1856 – No reference to Auchenmade Brickworks. 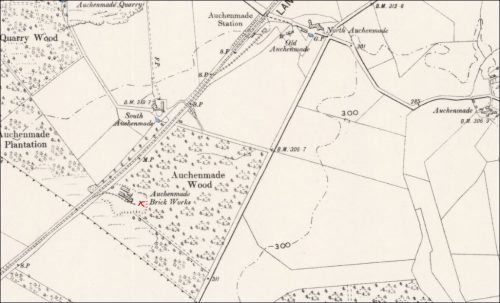 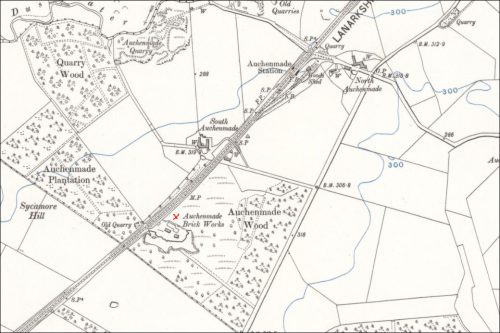 Below – the following photographs were taken in February 2017 at the site of the Auchenmade Brick and Tile Works. Many thanks to Jim Archibald for the tour and information.

Left – the line of the old railway track leading past South Auchenmade Farm to the brickworks (where the photo was taken from).

Right – The site of the drying shed but it could be the kiln. 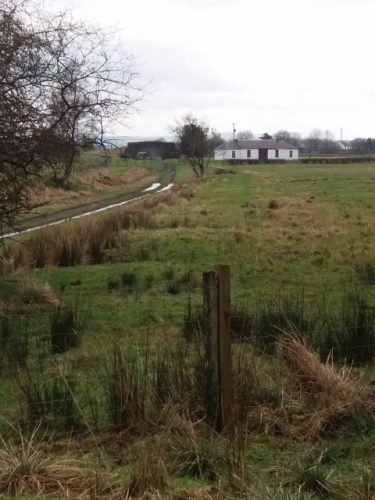 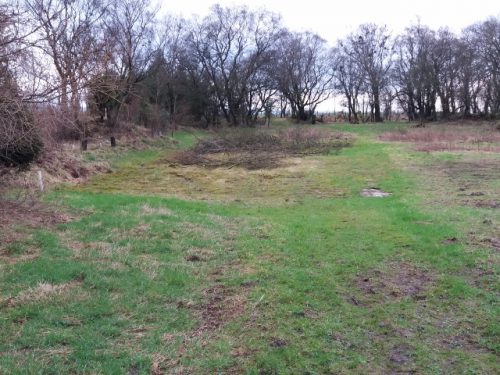 Below – 2 photo’s of a stone-built building at the entrance to the brick and tile works. Believed to be the office. 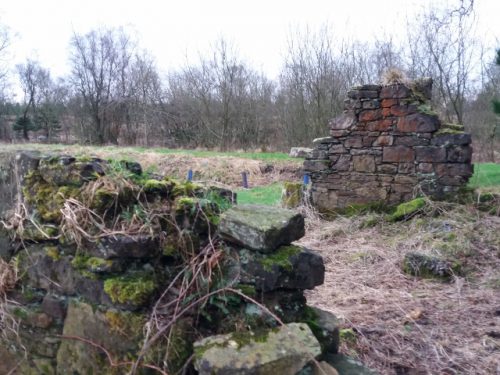 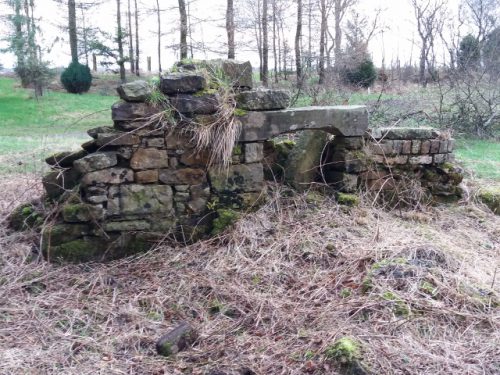 Right – A pile of rubble and brick. Possibly building remains. 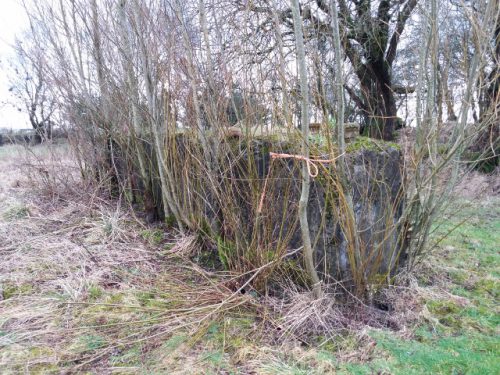 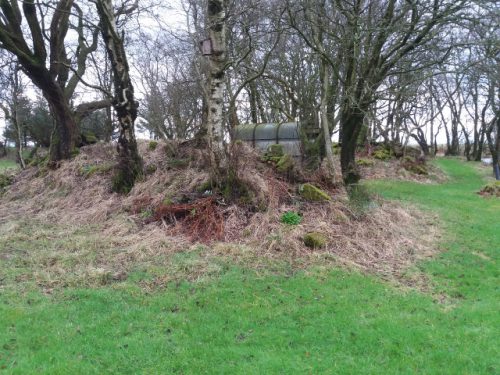 Below – 2 photo’s of the flooded clay pit. 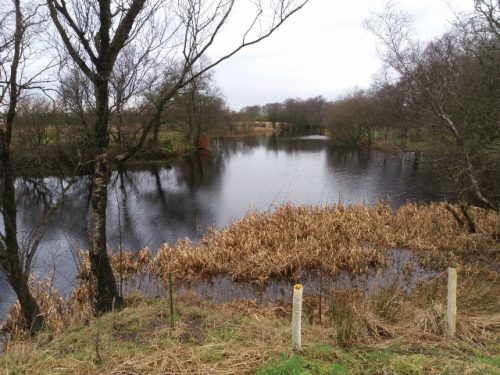 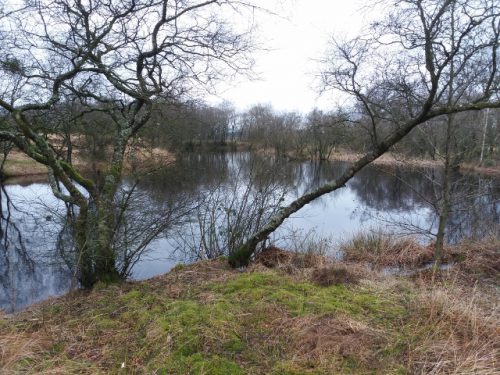