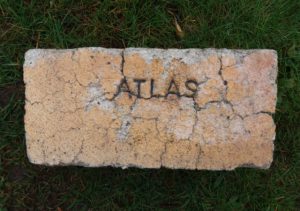 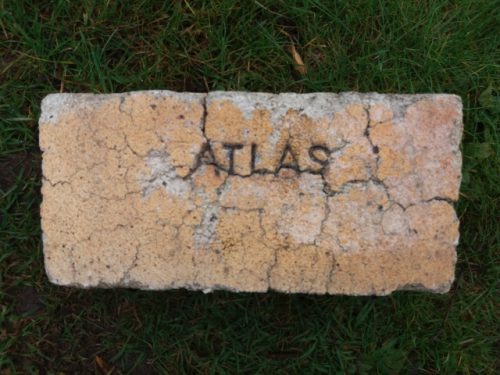 Below – This similar similar example was found at Newmains, Morningside, North Lanarkshire 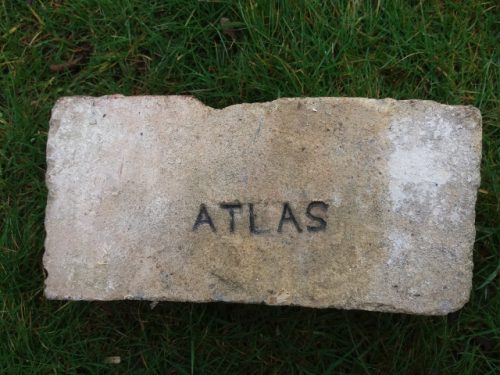 Below – The same stamp on a large slag found in Falkirk. 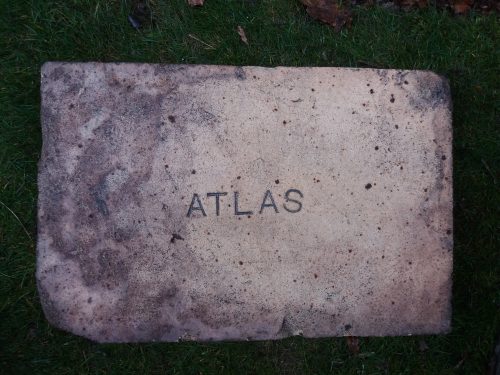 Below – The same stamp on a wedged-shaped brick found at the Manuel Works, Whitecross. 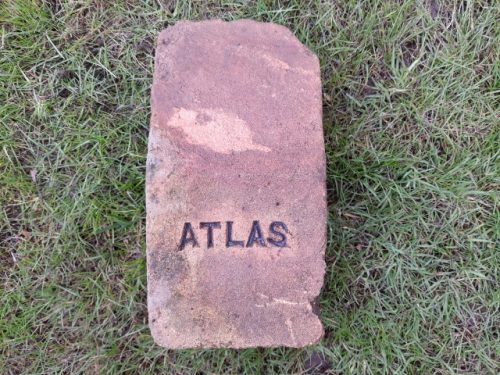 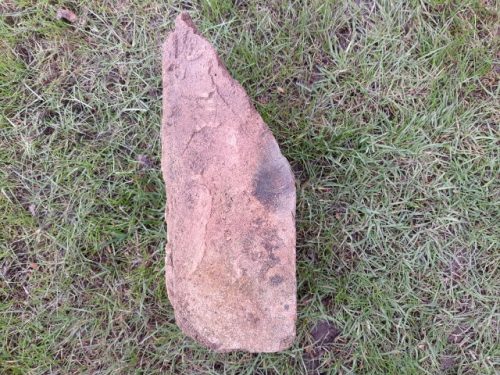 Below – A similar stamp on a grooved example. It is stamped on a stretcher. Found by Eddie McLean in the Glasgow area. 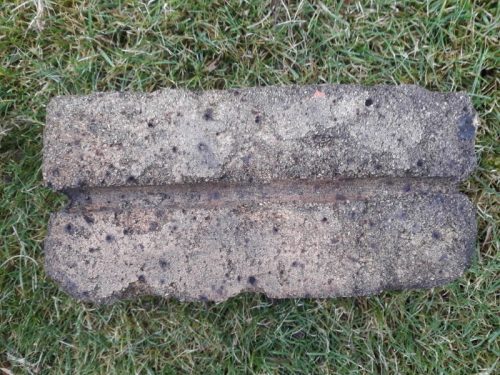 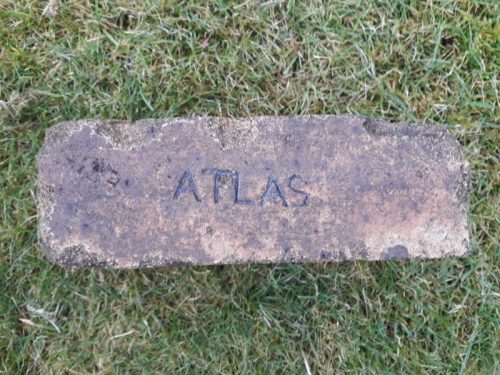 Below – A similar stamp on a bullnose brick. Note the brick has been double stamped, possibly while forming the bullnose shape. The curve of the bullnose has a serrated impression over the entire surface, almost like a handsaw was used to create the shape. 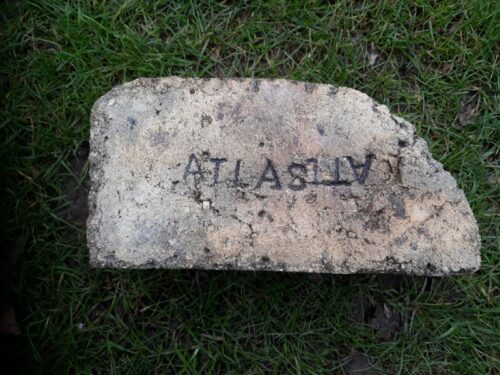 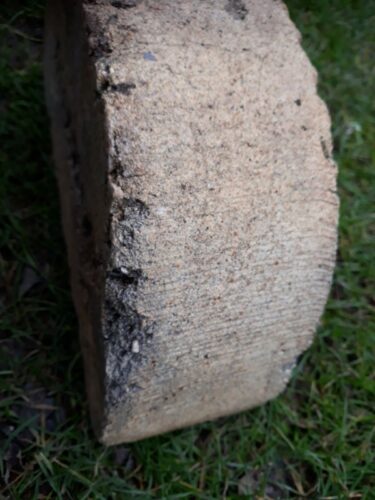