Information – Noted on Forrest’s Map of 1799 and thereafter in the OS maps; working c.1841 – c.1861, latterly under the management of William Brodie of Seafield Brick & Tile Works.

Below – 1799 – 1832 – Map depicting ‘Brick Field’ at the location of the Aberlady/Ballencrieff Brickworks. 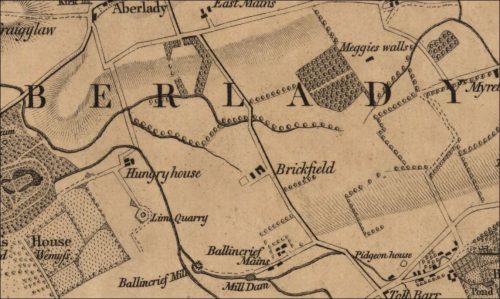 Below – 1822 (or earlier) – Map depicting ‘Brick Field’ at the location of the Aberlady/Ballincrieff Brickworks. 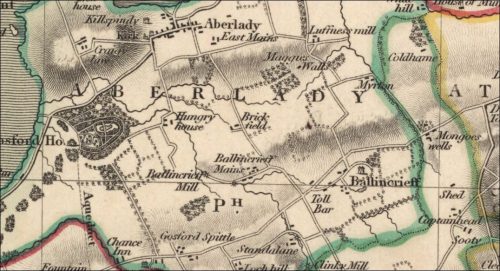 1838 – Marquess of Tweeddale – Early trials of the inventor’s tile machine in 1838 at the works of Dean and Henderson at East Fenton and George Reid at Ballencrieff in the East Lothian were highly successful (Tweeddale MSS, 9 May 1838 and 10 May 1838). 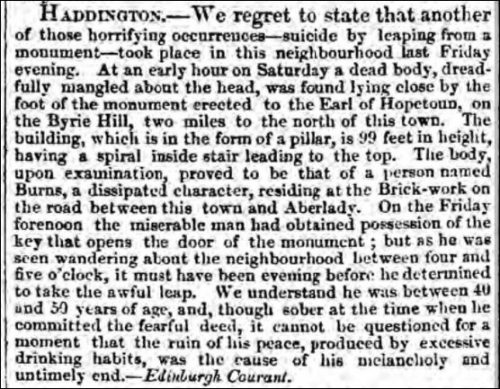 01/08/1845 – Glasgow Herald – Philip or Felix Rourk, was accused of wilful fire-raising, in having, on the night of the 15th June last, set fire to a building near Aberlady Brickwork at Haddingtonshire, occupied by George Reid, Farmer at Ballencrieff and containing a large number of wheelbarrows and tools which were burned. After examining a few witnesses the case was given up by the Public Prosecutor and a verdict of not guilty was recorded. 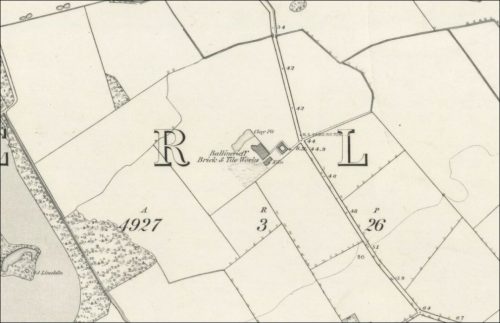 1853 – 1854 – ScotlandsPlaces – Ballincrieff Brick and Tile Works. A place which gives employment to many persons in the making of bricks and tiles, more particularly the latter which is most generally used for draining and sold to farmers and others for that purpose. They are in the possession of Mr Reid of Ballincrieff and Property of Lord Dalybank.

1858 – Mineral Statistics of the United Kingdom of Great Britain and Ireland for 1858. A kiln exists at Ballincrief and bricks and tile &c are manufactured there.

13/11/1915 – Edinburgh Evening News – East Lothian holding sold – Another portion of Lord Elibands property in Aberlady Parish has just changed hands, the brickwork holding having been purchased by Mr G Sinclair, whose family have farmed it for several generations.