West March Brick and Tile Works, Paisley, Renfrewshire. (Note – SBH – I cannot see these works depicted on a map. They are just West of various brickworks including Victoria Brickworks and the Caledonian Brick and Drain Tile Works, so perhaps West March was an alternative name for a brickworks I have already detailed). 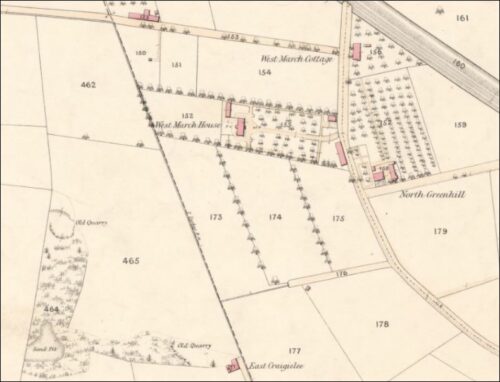 20/03/1860 – Paisley Herald – West March Brick and Tile Works. To landowners, farmers &c. The subscriber begs to intimate that he is now prepared to dispose of a large assortment of drain pipes and tiles of the best quality and on the most moderate terms. John Thomson, 51 Caledonian Street, Paisley.