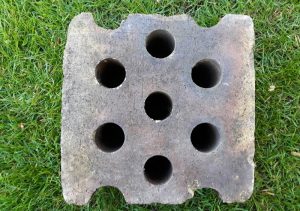 This was found on the old site of the Atlas and Etna Brickworks, West Lothian.

There were a few of these and they looked to have been used on-site and may have formed a floor through which hot air or gases would circulate.

Unidentified maker but they were found alongside many similar coloured Dourie bricks so they may well also be a product of P and M Hurll and their Gartliston and Garnqueen Works, Glenboig. 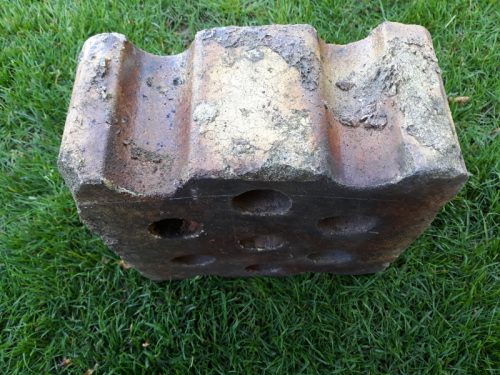 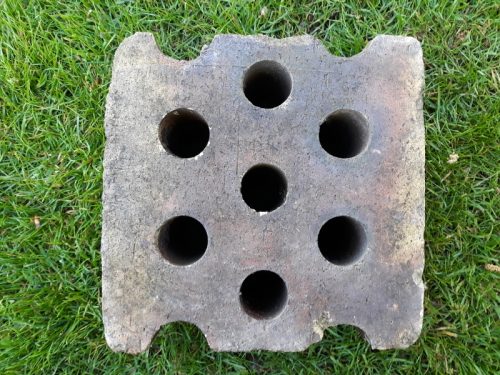 Below – The two photos below show the underside of these specials. Some of the holes are full of fused debris from small pieces of broken brick etc and also they show small molten fingers which appear to have dripped through from the products firing above. 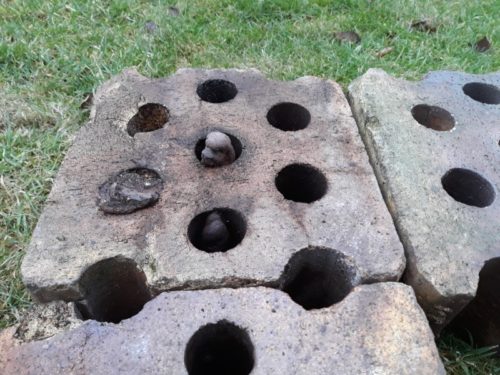 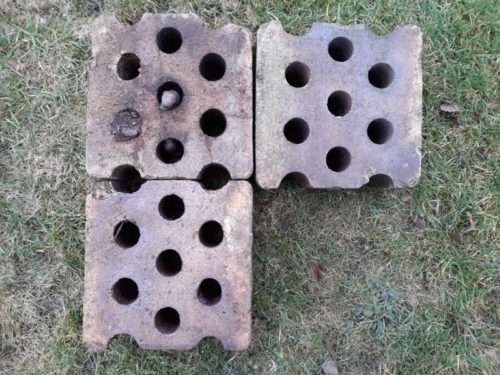 Below – This side of the specials is covered with a layer of fused debris and is likely to have been the side that formed the kiln floor. 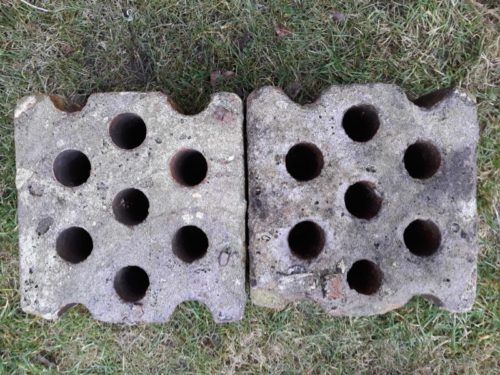 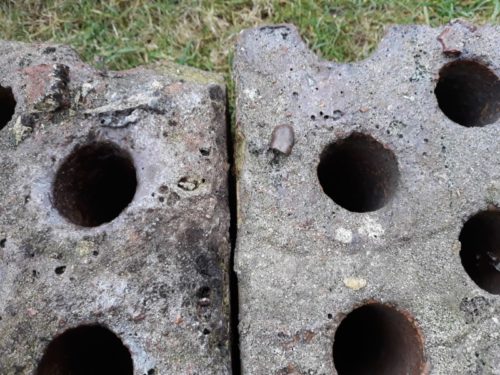 John Bramall states these specials appear to be products that were known as ‘holeyboys’ or ‘holey boys’. They were used as kiln car bases or intermittent kiln flooring. The blocks were placed with the holes uppermost and lowermost. I’m not sure about the debris in the holes but it could be some ‘roof melt’ from the kiln roof – usually, over time the cement lining between the kiln roof bricks dripped as stalactites and fell off from time to time.