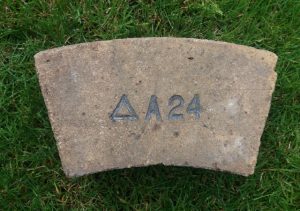 Found by JC in Fife

Triangle symbol followed by an A and 24

I believe this is a Douglas Fireclay Works, Dalry, Ayrshire product as per this reference. I will record it as such until proven otherwise.

“The VIIth International Ceramic congress was held in Britain in 1960, and on 24th May the members visited the Douglas Works at Dalry.  A small descriptive booklet was issued for the occasion describing the various Douglas firebrick brands, and the high alumina Triangle brands based on calcined bauxite from Guyana, and the local bauxitic fireclays from high Smith-stone mine, and the Langside mine at Galston.  The bauxitic clays were calcined in a shaft kiln with a capacity of about 3,000 tons a year, while firebricks amounted to about 25,000 tons a year.  A most profitable range of refractory cements and castables added another 7,000 tons a year” 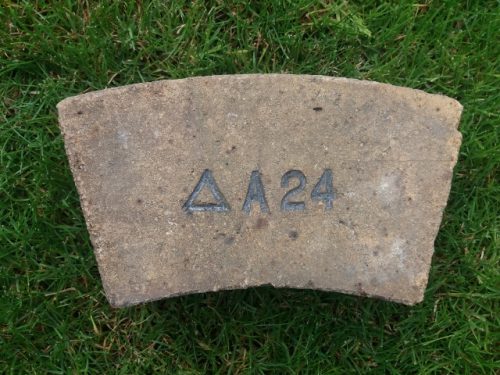