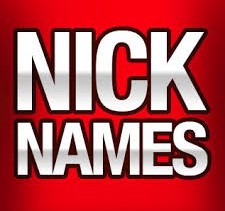 Names given to Scottish workmen involved in trades including brickmaking and building.

Despite the glamorous skilled trades of stonemason, joiner and others receiving the majority of attention, this short note looks at the ranks of workers who, despite being considered unskilled and without a recognised trade, were integral to the construction of Scotland’s traditional buildings.

One example of this is the “lime-larry”, a builders labourer, so-called as it would be his job to use the larry to mix or knock up the lime mortar. A “piner” did similar work mixing mortar and keeping the site clean which gave rise to the term “pinorie” meaning to sweep the streets. Another unskilled worker known in Scottish practice as a “hudman” would use a hod to transport loads of mortar, brick or stone up scaffolding to the builders.

A “Barrownman” was a masons labourer who would move stone, mortar and other materials around in a hand barrow. This worker was also known as a “hurler” as he would use a barrow or a “hurlie” to move materials. Hardest of all this class of work was that performed by the “sledder” who moved building materials by pulling them on a wooden sled.

Some workers of this class were not entirely without skill. A “lewis” for example was a mason who had not served a full or a lawful apprenticeship and was therefore not a full member of the craft. Similar to this was a “cowan”  who was a builder not properly apprenticed and not therefore a fully qualified mason, also used to refer to amateur builders. A “ruch layer” was a labourer who, whilst not having the skill of a stonemason, could perform rough building work.

A “clay davie” was responsible for excavating, particularly drainage ditches but could also work on other projects where digging was required in a similar fashion to a railway navvy. The opposite task was performed by the equally unskilled although hard-working “fillar” who filled in excavations when work was complete as in draining or groundworks for buildings.

A “dargsman” was an unskilled labourer who worked on a casual basis, the name coming from the term “darg” meaning a day’s work. Lastly, a “serviceman” was an assistant to a thatcher who would pass the straw, reed or other material up to the thatcher on the roof performing a similar job to a servant in a big house hence the name.

So when you’re looking at a traditionally constructed building whilst the masons, joiners and architects were all important, don’t forget the lime larrys, hurlers, clay davies and dargsmen without whom work would have ground to a halt.

There are others of course

Clot moulder – Is a term given to a brick moulders assistant who would prepare a clot ( lump) of clay ready for the moulder to dash into his mould.

Off bearer – Is a term given to a brick moulders assistant who would remove the mould and its contents from the moulders table or stock board. He would then deposit the green brick on a sanded floor and return the mould, sanded or wetted, to the brick moulder for the next clot of clay.