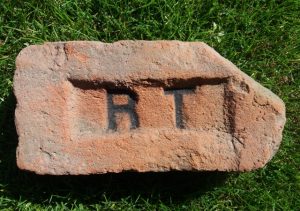 Possibly Renny Tailyour,  Montrose and I will record this as such meantime – see below

The colour and brick composition is very similar to other Scottish bricks found nearby  – Pitfour, Brighton Cupar and Small & Co etc 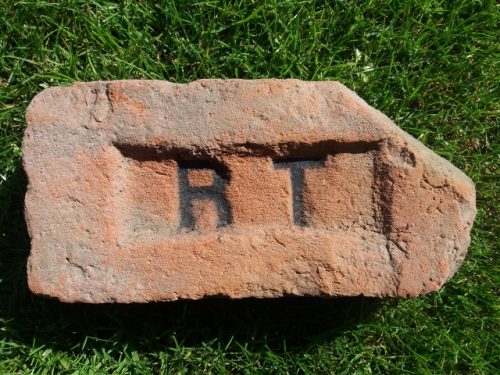 Tom Valentine  – Dryleys Brick and Tile Works which was established in 1816 on the clay lands around Dubton. The works manufactured building material for the rapidly growing burgh and tile drains which were used by farmers for draining their fields. The works flourished and by 1960 seven large brick and tile drying kilns were in operation. Over 60 workers were employed and a railway line was laid to bring clay from the nearby quarry. Between 1838 and 1856 Dryleys was managed by a man called David Crowe. It was he who introduced the manufacture of pottery. In 1856 Dryleys was taken over by Col. Renny Tailyour, proprietor of the estate on which the works stood. Although it continued to flourish as a brickworks, the subsequent history of the Pottery is rather obscure. Commercial production seems to have ceased by the end of the 1860’s. A few dated pieces from the 1870’s and 80’s were probably turned out by the workmen in their spare time. In 1885 Dryleys was taken over by Seaton Brickworks of Aberdeen and it closed down altogether after a few more years.

John Donald – Renny-Tailyour was born at Mussoorie, North-Western Provinces, India, while his Scottish father was serving in the army there. He grew up on the family estate at Newmanswalls, Montrose, Angus, and was educated at Cheltenham College before entering the British Army, joining the Royal Engineers. A lieutenant at the time of his sporting achievements in the 1870s and 1880s, he eventually reached the rank of colonel. After retiring from army service, he became managing director of the Guinness company. He died at Montrose