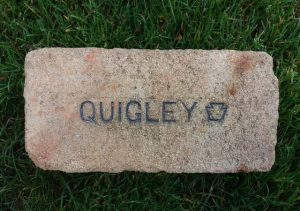 Does anyone recognise the logo at the end – is it a Quigley trademark – I can not find a reference to it.

Thanks to Jean Bear for the following information  – “The symbol is in reference to those in the arch. Quigley Company made quite a few varieties of their firebricks in Vandalia, Missouri, USA, but they also had a plant in Clearfield, Pennsylvania. Pennsylvania’s “state nickname” is “The Keystone State” because, early in our history, it was considered to be the economic and industrial keystone that held the small but growing USA together. Nowadays, that symbol (keystone with the notched upper corners) is on all sorts of official papers, etc. in the state. Though I cannot prove it, I believe this brick was made in Clearfield” 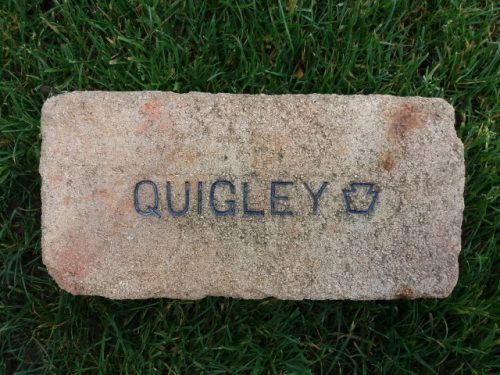