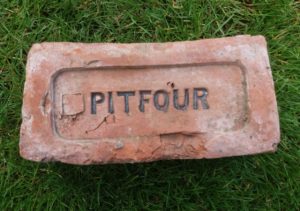 There is a slight curve on this brick. It may be a firing warp but may also be manufactured as such for a chimney.

This is a slightly bigger brick than the Pitfour 3. Frog shape is different too. 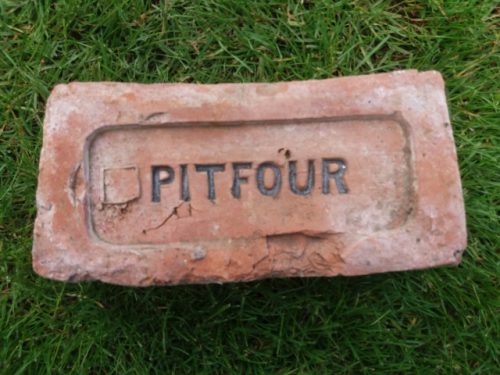 Below – Same stamp on an angled brick. Found at Cottown Nr Perth, Fife and kindly donated by Nick Basden. 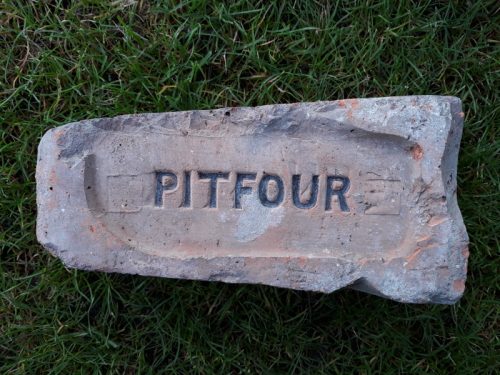 Below – The same stamp on a brick found on a bullnose example. Found near Perth and donated by Nick Basden. 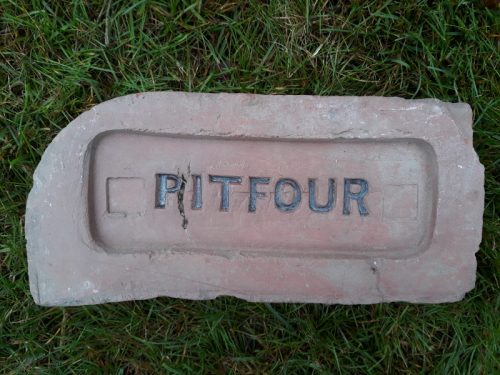 Below – The same stamp on a bullnose variation. Found by Ian Suddaby in Perth. 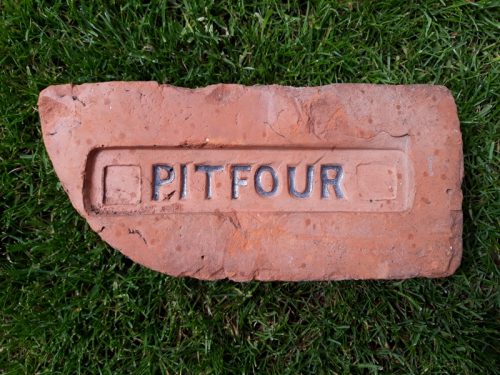