… In 1878 an Act was obtained in Parliament for the purpose of making a railway from the South Alloa branch of the Caledonian line to the town, with a bridge over the Forth, the undertaking being promoted by an independent company, backed by the Caledonian Company, who subscribed £40,000 of the necessary capital. The foundation stone of the bridge was laid on the 5th of April, 1882, and has been successfully completed. It consists of seventeen spans, two of 100 feet, two of 80 feet, and thirteen of 68 feet, the piers on which the girders rest rising to a height of 24 feet above the high watermark. In, the fairway of the channel are two opening spans of 60 feet each, which turn on a massive central pier, consisting of six cylindrical columns, to permit of vessels passing up and down the river. Each of the girders was tested with pressure reaching to 2 cwt. to each foot of space. All are of malleable iron of such quality as will bear a tensible strain of 22 tons per square inch before fracture, and of 11 tons per square inch when in a permanent way. The bridge, which has one line of rails, is 17 feet in breadth outside, and 14 feet inside the girders; the estimated cost of the line and bridge was £64 000. Messrs. Watt & Wilson, of Glasgow, were the contractors.

… The lands of Petershill have been laid off for feuing, and are intersected by the Caledonian, and the North British, and the City of Glasgow Union Railways. A goods station of the North British is on Petershill; but it is worth noticing, so as to guard against confusion hereafter, that this has been erroneously called “The Sighthill Station,” no portion of the Sighthill lands reaching to that point. “Coburg Place,” on the west side of the Kirkintilloch Road, was feued by Captain Campbell in 1817; and the present proprietor began the feuing on the east side in 1866. There is now a great extent of buildings and a large population on the lands. The new station of the Caledonian Railway in Gordon Street is being erected with stone, principally from Petershill Quarry, by Messrs. John Watt and John Wilson, the contractors, who have feued and built extensively on Petershill …  Source

15/01/1875 – Glasgow Herald – To colliery proprietors and others – for sale, 1 of Scolefields latest improved brick making machines with crushing rollers and breakers for working up shale, blaze or other clayey substance. Bricks are taken directly from the machine to the kiln without drying. Address – Watt & Wilson, Petershill, Glasgow.

23/06/1879 – Glasgow Herald – Caledonian Railway Company upgrade Railway Stations – Central Station … 5,000,000 bricks have been used in the works and … The section of works we have been referring to was begun in August 1877 by Messrs Watt & Wilson, Contractors, Petershill Toad, Sighthill and though the contract time is not due for some months yet, these gentlemen anticipate that they will be able to hand over a portion of the station for the use of the Company in the opening week of next month. 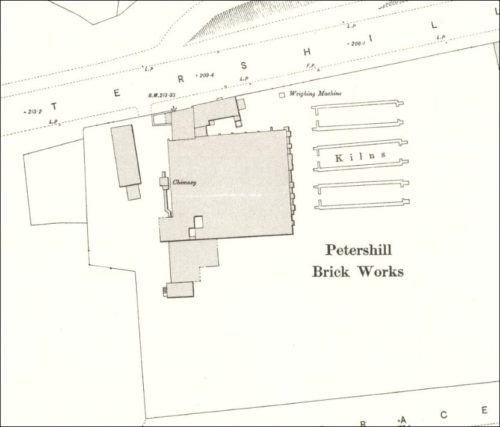 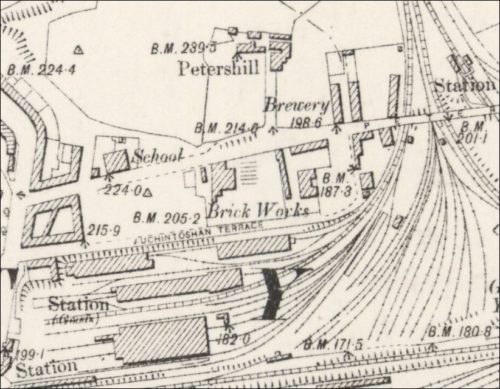 20/02/1902 – The Scotsman –  Edinburgh bankruptcy court. Alexander MacNair – former grocer and wine merchant,  30 High Street, Edinburgh and now residing 10 Hope Park Crescent, Edinburgh appeared in connection with his sequestration. He had previously been a traveller for a brewer. He had previously spent time in the West Indies and when he came back to Scotland in 1894, he had £2800. He invested £1360 in the Petershill Brick Company whose Works are situated at Mollinsburn, Springburn, Glasgow. That business was carried on to the date of the sequestration when it was insolvent. He never got any money back from that business.

Tagged with: Petershill, Watt and Wilson