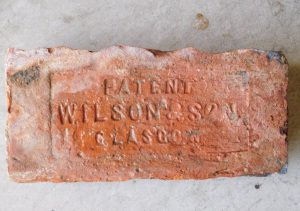 Photograph and information have been forwarded by Graeme Toll.

William Wilson & Son, brickmaker and builder, Muirhouses Brickworks, Eglinton Street and Pollokshaw Road, Glasgow and Campbellfield Brick Tile and Pottery Works, Glasgow. (Note – SBH – I am uncertain which works this particular brick was manufactured at but it may have been Muirhouses).

The brick was recovered from a small area between 2 floors during renovation work in 2013 from a building in Bourke Street, Melbourne, Australia. An architect on site believed the brick may have been a second due to it being misshapen ( note: – I am not so sure it is a second). He also advised that such bricks would have been brought over during the gold rush as ballast and sold for a very good profit.

The building it was found in was originally known as St George’s Hall with an unknown build date. It then became the Hoyts Picture Theatre in 1912. The Hoyts De Luxe Theatre opened on 27th March 1915 and only showed films, and like many other Melbourne, Cinemas had a Wurlitzer organ. The architect was William Pitt. The lobby had a floor of mosaic tiles and the walls to a height of 8 feet were covered in silver-blue tiles. A marble staircase leads up to the Dress Circle foyer. The auditorium walls had a 10 foot high golden brown tiled dado, relieved with cream and blue inlaid panels. The upper part of these walls featured hand-painted panels of simple landscapes. These were covered over in 1934 when the auditorium was modernised to the plans of architectural firm H. Vivian Taylor, Soilleux and Overend.

The theatre was re-named Hoyts Esquire Theatre from 1946. The cinema’s policy was changed in 1957 with the movie, “Around the World in 80 Days”, and among the other classic films screened were “South Pacific”, “Can-Can”, “West Side Story”, “Tom Jones”, “Those Magnificent Men in their Flying Machines” and “The Graduate”.

It closed on 31st March 1976 and the interior was gutted with the façade covered over. The seating was quoted when it opened as 2,200 but this seems most unlikely with around 1,500 more believable. It seated 1,125 when it closed. The chandelier that used to hang in the lobby is now hanging in the foyer of the Regent Theatre in Ballarat. 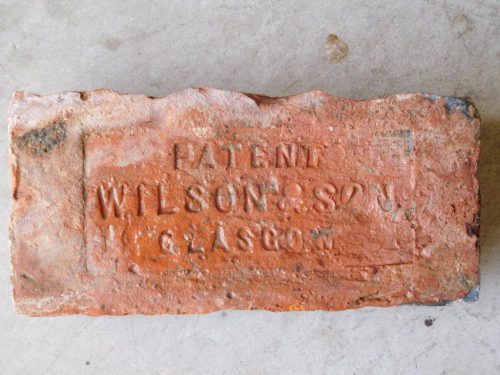