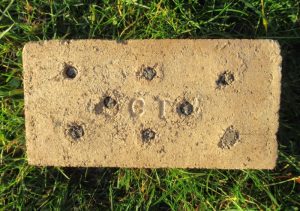 Found by Ian Suddaby at High Bonnybridge.
This example is not in my possession.
Ian states – OCTO is a high alumina specialist firebrick brand made by the Bonnybridge Silica & Fire Clay Co. Ltd. at Bonnybridge near Falkirk, Central Scotland.
This example is a standard brick size, 3″ x 9″ x 4½” but for some reason, eight metal rods have been driven through it prior to firing. One of these has caused the fireclay to split and perhaps for that reason, the brick wasn’t used. It looks as if these rods have then been broken off after firing has taken place. None of the sixteen exposed rod ends have been cut. The end of the brick has been painted with what is probably B6.
I don’t know what the metal rods are made from but they might be cast iron. Surely not many metals will snap off easily like that, without cutting or repeated bending and there is no visible rust on the ends, despite being outside for at least 40 years. As cast iron has a melting point above that normally used to fire bricks, they could have been fired with the rods in place.
I have no idea why this was produced and have never found anything similar. Quite intriguing really. 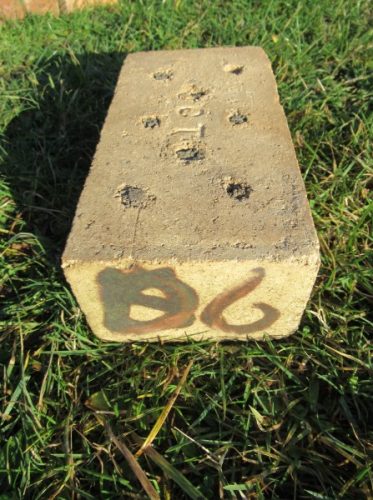 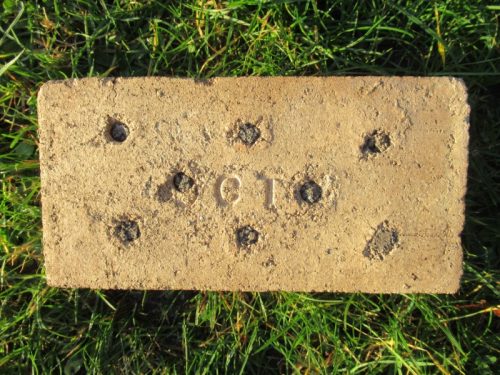 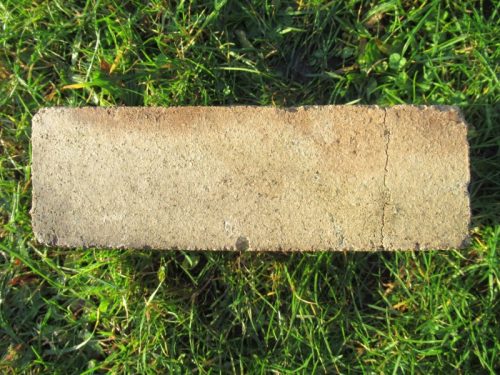 Below – An interesting facebook conversation on the subject.
Tagged with: Bonnybridge Silica and Fireclay Co, Calder Fireclay Company, Chapelhall, Octo