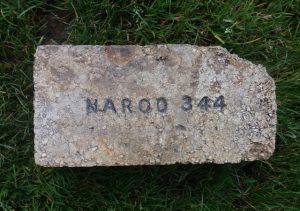 Found Firth Of Forth, Bo’ness.

The NARCO Story – North American Refractories Co. was formed in 1929 in a merger of seven independent manufacturers of fireclay brick and specialty products. North American Refractories, Ltd., a Canadian affiliate, was also acquired at that time, and the new company was headquartered in Cleveland, Ohio. The merger was quickly followed by diversification and growth through the 1930s and 40s, with several additional acquisitions adding new manufacturing capacities and extended product lines.

In 1960, NARCO began manufacturing conventional, basic refractories. In 1965, the company became a subsidiary of Eltra Corp., which was then acquired by Allied Corp. in 1979. Subsequent acquisitions by Allied led to major reorganisations, with NARCO ultimately becoming part of Allied’s Chemical Division. 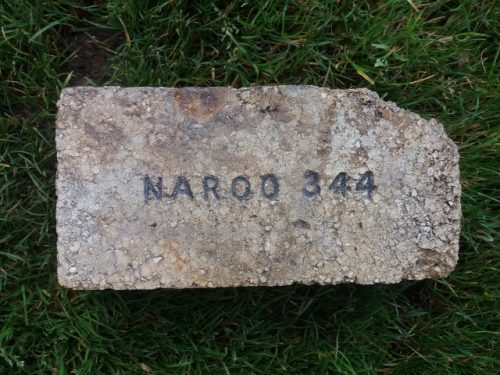 20/03/2002 – Thinking about asbestos – … NARCO is the other business with a connection with asbestos and Honeywell. This company manufactures bricks and cement for high temperature applications mostly in the steel industry with approximately 2% of products containing asbestos. Upon the sale of NARCO in 1986, Honeywell indemnified NARCO for discontinued products prior to 1986 and NARCO, in turn, indemnified Honeywell for products after 1986 …