1934 – The 1985 publication ‘A survey of Scottish brickmarks’ suggests the brickworks were erected around this time.

01/10/1936 – Littlemill Colliery and Brickworks purchased by Bairds and Dalmellington.

16/03/1937 – The Scotsman – Bairds and Dalmellington Limited. More favourable results of year’s trading. Trade resumption with Italian customers – The fifth ordinary general meeting …  Mr Robert L Angus, the chairman presiding … After the redemption of the debentures and the completion of the purchase of Littlemill Colliery and Brickwork, and the surface plant and minerals at Rankinston, to which I shall make reference later, the liquid position of the Company remains satisfactory … In addition to this purchase, the Company acquired Littlemill Colliery and Brickwork as from the 1st October 1936. While the output of coal from this colliery is at present not large, the Company hopes to be able to increase this; the coal, being of the highest class, finds a very ready market. The brickwork has a capacity of about 5 million composition bricks per annum of excellent quality, and with this addition, the Company ‘ s total capacity is now over 30 million composition bricks per annum. The demand for the Company’s production of bricks continued to be good in 1936 … 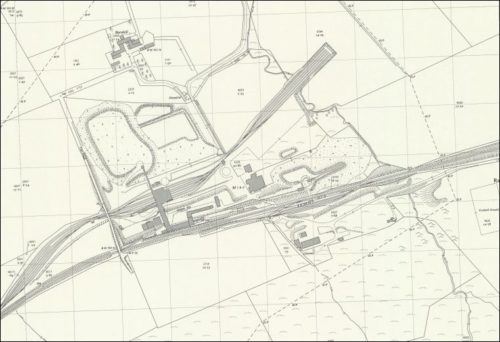 1947 – 1960‘s – The 1985 publication ‘A survey of Scottish brickmarks’ suggests the brickworks were operated by the National Coal Board during this period.

1980 – The 1985 publication ‘A survey of Scottish brickmarks’ suggests the brickworks were demolished at this time. 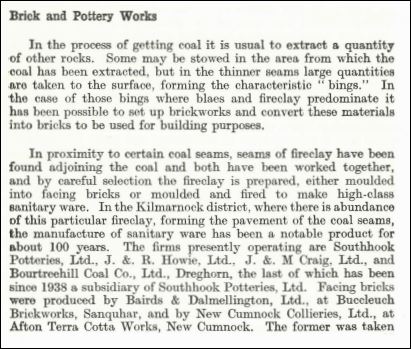 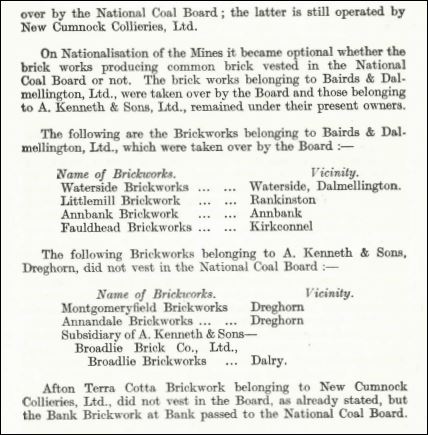