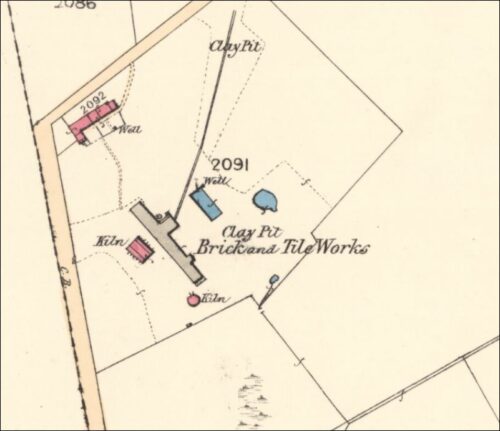 Below – 27/10/1866 – Glasgow Herald – Lampets Tileworks the Parish of Carnwath, as at present possessed by Mr Alexander McGrouther, will be let for such a number of years as may be agreed on and encouragement will be given to an enterprising tenant. The works are conveniently situated to Carstairs Junction and the Dolphbinton Branch Railway. Offerers can get the houses and gearing at a valuation from the tenant, as he is not an offerer. For further particulars, application to be made to Hector F. McLean, Esq., Carnwath House, Carnwath by whom written offers will be received till 1st November 1866 and Mr James Brown, Forester, Carnwath will point out the boundaries. The proprietor does not bind himself to accept the highest or any offer. Carnwath, 10th October 1866. 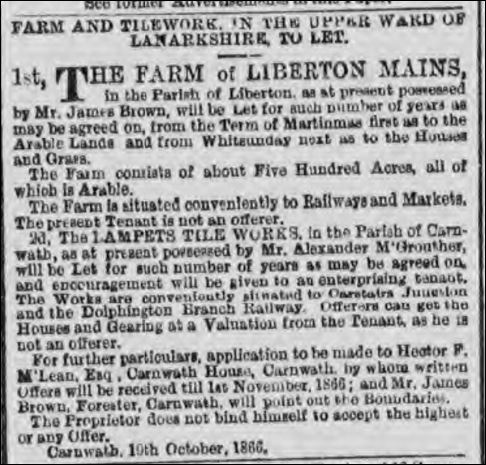