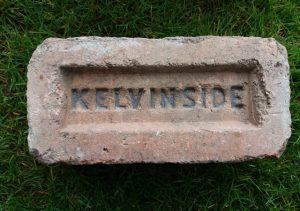 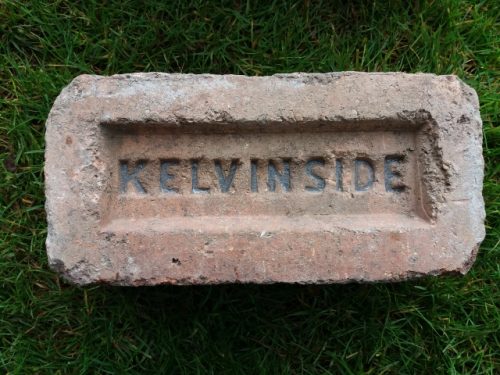 Below – A similar stamp on a curved circle brick found by Eddie McLean in the River Kelvin, Glasgow. 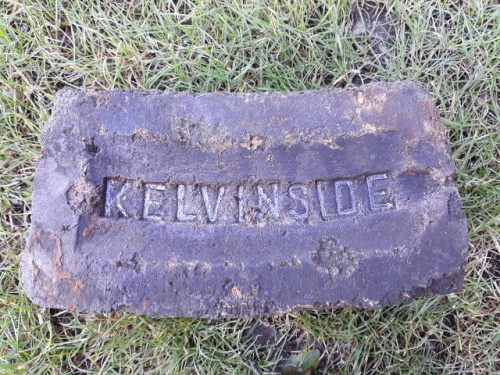 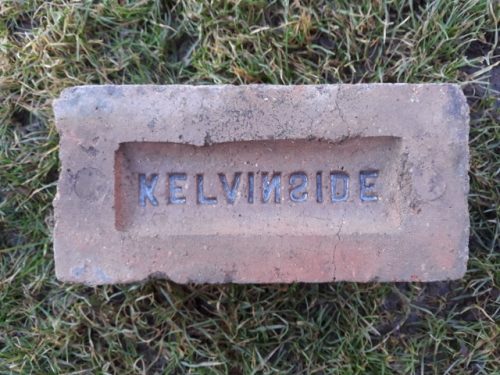 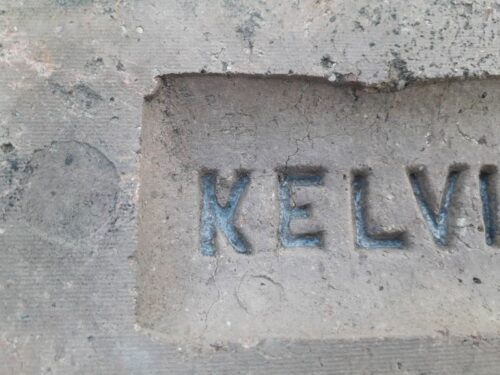 Below – A similar stamp to the one with reversed letters above. This was part of Frank Lawson’s collection. It is not known where it was found. 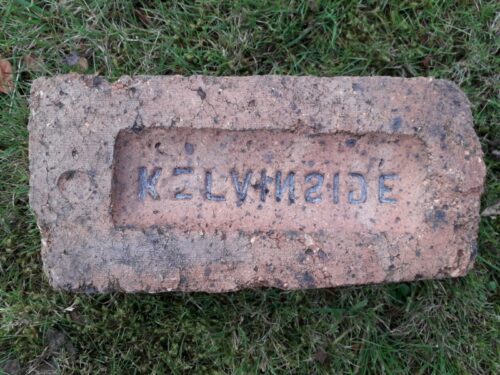 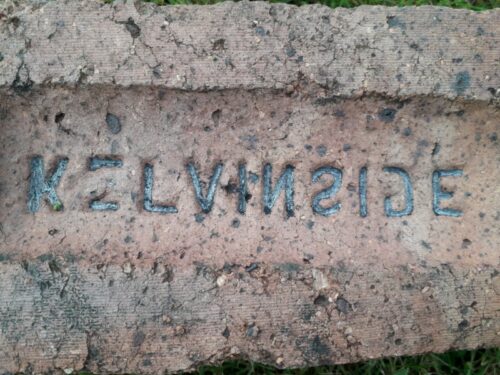 Below – It is interesting to see these 2 bricks with the reversed letters side by side as they would appear to indicate that the reversed letters are not an error and may actually be deliberately reversed. Both bricks appear to have been made in different moulds. This is evidenced as one stamp appears to have the screws holding the stamping plate, located within the letters ie the ‘E’ and the ‘D’ whereas, on the other, the plate screws are located above and below the letters. The corners of the frog are slightly different as are the backs of the bricks. 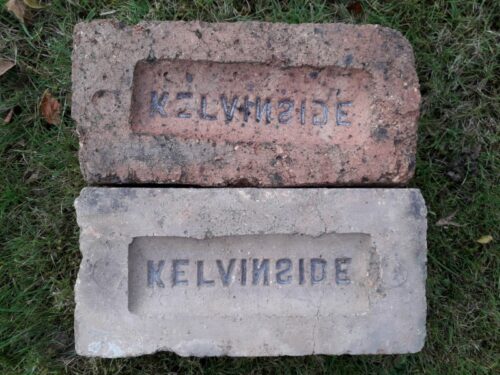 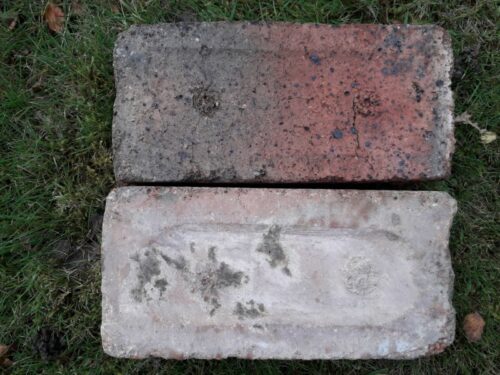