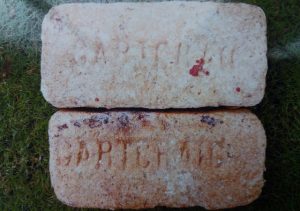 Two Gartcraig bricks recovered from the shipwreck of the ‘Carlisle Castle’ off the coast near Penguin Island, South of Fremantle, Western Australia.

Tony Tapper writes – I was a National Park Ranger on Penguin Island. This small island is a sanctuary for Fairy Penguins. The Island lies south-west of the Port of Freemantle. A number of unknown wrecks have been reported around Penguin Island. A diver brought ashore 2 Gartcraig bricks to the Island after a dive some 30 years ago and left without further interest. There is a possibility that the diver in question actually found them at Coventry Reef which lies 3 nautical miles off Penguin Island where the Carlisle Castle was wrecked after a long journey from Glasgow to Freemantle and was wrecked in July 1899. This was a large fully rigged ship. 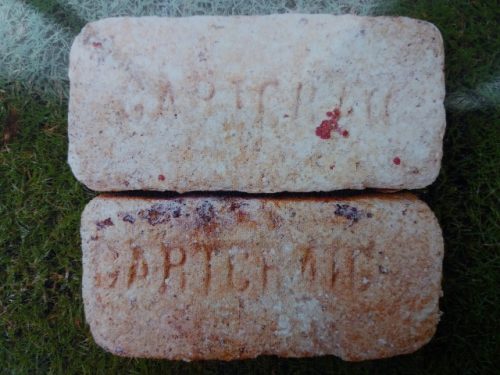 Wreck details source. – The ship was built in 1868 by R and H Green of Blackwall, London, England. It was owned by J Robertson and the captain was Captain James Lindsay (50), It was the captain’s first voyage aboard this ship although he was a very experienced sailor and had sailed the route many times.

15/07/1899 – Dundee Courier – The loss of the ‘Carlisle Castle’. A strange premonition. Captain James Lindsay, of the Carlisle Castle, the Clyde steamer which has been reported lost off the coast of Australia, is an Aberdeen man. It appears that Captain Lindsay before sailing had a premonition that something would happen to the vessel, and handed over his watch to his wife before going on board. So great a hold did this idea take on his mind that his wife, who often accompanied him to sea would not go with him. Mrs Lindsay was urged by the owners to accompany her husband, but she firmly declined and thus has been saved from the fate which has overtaken him. 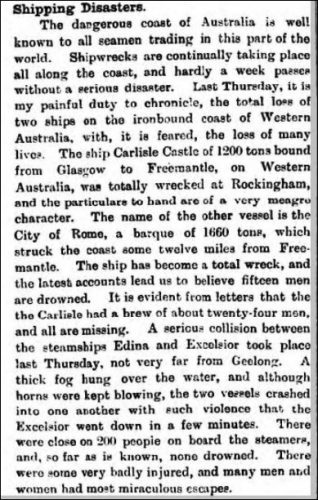 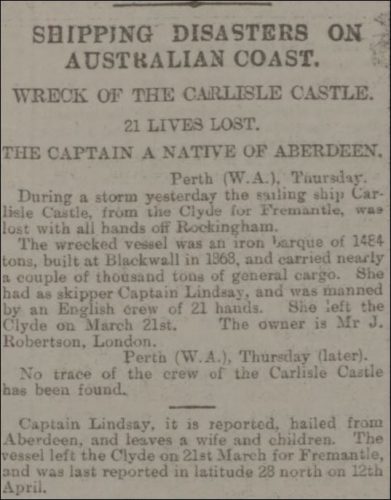 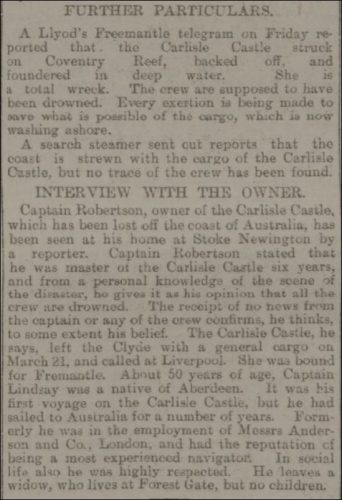 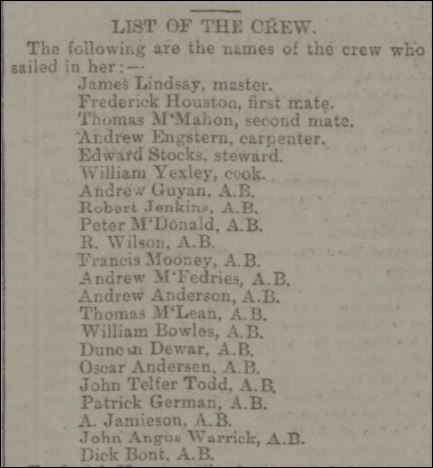 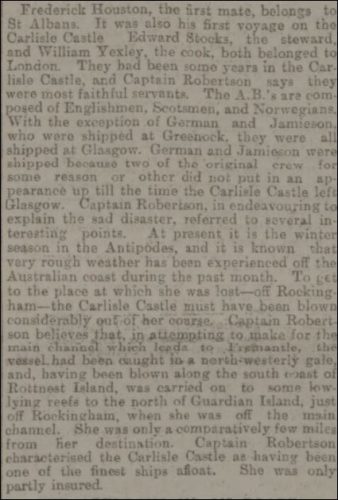 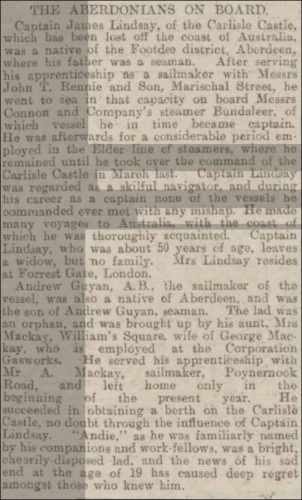