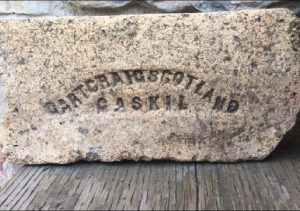 Found by Michael Wiggin at the site of an old lime kiln/quarry at Green Head in Saint John, New Brunswick, Canada. 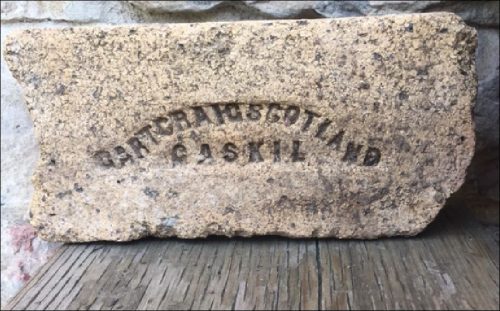 Link – Lime, or quicklime, is produced from carbonate sedimentary rocks like limestone. Lime is then used for a variety of purposes in building construction, agriculture, medicine, steel and paper-making. By the 19th century, manufacture of lime for mortar and plaster was a significant part of the economy in Saint John, New Brunswick, Canada. Amongst the many quarries and kilns, the Green Head operation was among the industry leaders. The Green Head quarry was probably used in the early 1700s or earlier. However, for many of its busiest years during the 1800s, Joseph and Frank Armstrong operated the quarry. The Armstrong quarry was well known throughout the Maritimes and New England as a producer of a high-quality product. Joseph Armstrong was referred to in contemporary newspaper stories as a pioneer in the New Brunswick lime industry. The Armstrong quarry ceased production in the early 20th century and the site on Green Head Island now preserves the last and perhaps the best example of this once thriving industry.

Below – Another Gartcraig brick found on-site and depicted on the above link. 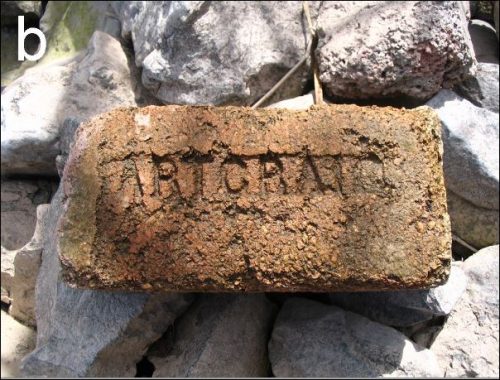 Below – The lime kiln and quarry at Green Head. 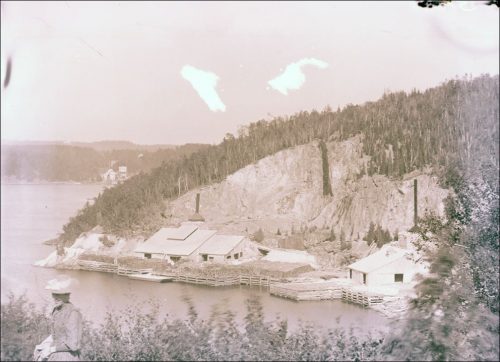