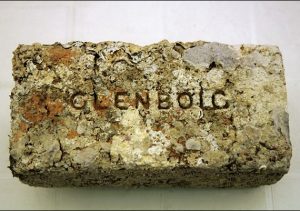 This photo was forwarded by Egidio Trainito. Egidio states “I am attaching a photo of a brick that was used as refractory in a steamship machine found in a wreck in the North East coast of Sardinia. In the same stock of bricks, inside the wreck, some were marked Clayburn (Canadian)”

The wreck has not yet been positively identified.

Egidio states the shipwreck may be the “Oued Yquem”. Built between 1918 and 1929 at Duivendijk shipyard in Papendrecht (Holland) and launched as Noordzee in 1920. 1370 tsl, 76 m. The steam machine was built by Ablasserdam. In 1922 bought by Compagnie de Navigation Paquet, Marseille, and named Oued Yquem. While on a cruise from Latakia, Lebanon, to Marseille sunk by O21 submarine along the northeast coast of Sardinia. Another group of researchers identifies it as the “Rodosto”, launched at War Haida in Victoria by Cameron Genoa Mills in 1920: 76 m 1490 tsl. It sunk by stranding in 1927, while on a cruise from Cagliari to Genoa.” 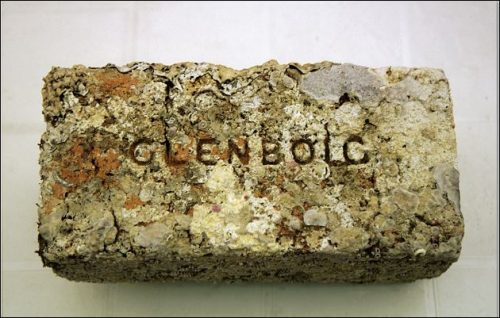